The indie rap game may have a new player rising. His name is Phora, and he's a 17-year-old rapper from Anaheim, CA. This kid may not be well known but he definitely has flow and likes to "keep it old school." Phora doesn't rap to brag, talk about how great he is or talk about his "bitches," well, he doesn't only rap to do those things. Mostly, Phora talks about his life in a way thats relatable, at least to listeners under thirty. In an interview with AHM he said that his work is most influenced by his father and graffiti art. When he isn't rapping he is usually tagging.

On this new track Phora talks about "the old days," his friends, his grandpa and "Rugrats on Saturday mornings right when the sun is up." His lyrics are honest and simple, and he never relies on electronic or derived sounds to enhance his tracks. The words his loyal fans use to describe him is "inspiring."

This single will be on Phora's upcoming album One Life to Live which will be out on July 1st. Keep an eye on him. 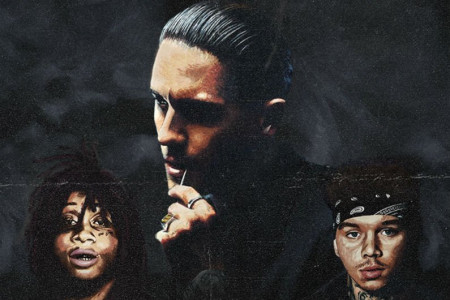 G-Eazy Plots 2018 'The Beautiful & Damned Tour' Dates For North A...
Tickets Hip Hop Anthony Russo G-Eazy Phora Trippie Redd Canada United States
2
1356
Back to top
You must be logged in to upvote.
Registration and login will only work if you allow cookies. Please check your settings and try again.