The Rolling Stones have proven once again that just because you're old, it doesn't mean you can't play a sold-out concert in a 50,000 seat stadium. Fresh off the finale of their 50th anniversary tour in July (that's celebrating half of a century rock and roll, people), the British rock legends have announced that they will return to Australia to play a show in the Adelaide Oval on March 22nd. It will be their first show Down Under since 2006. In anticipation, the band has released a promo video featuring concert clips along with Mick Jagger and Keith Richards expressing their excitement to return to Australia. You can take a look at it above.

A statement released on the band's official website reports that The Rolling Stones will soon add more dates throughout Australia and New Zealand:

More Rolling Stones concerts in Australia, and one in New Zealand, will be announced by Frontier Touring & AEG Live in the next few weeks.

As an added surprise, former guitarist Mick Taylor, who played with the band from 1969 to 1974, will join Jagger, Richards, Watts and Wood onstage for the Adelaide show. Tickets for the concert will go on sale at 9am Australian Central Standard Time on November 25th, with a special pre-sale starting at 11am ACST on November 21st. 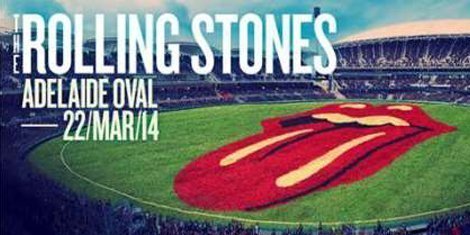