The Haim sisters, along with their drummer Dash, graced the BBC's Andrew Marr Show to perform "The Wire" on Sunday. Their soulful vocals accompanied by simple guitar melodies, a tambourine, and Dash on an electronic drum kit make for a great live performance. The Andrew Marr show, usually taped at the Broadcast House in London, was on the road in Manchester for the Conservative Party conference. The featured guest for this special episode was Britain's Prime Minister David Cameron. Still on the set after his interview, he was able to enjoy Haim's live performance. Bassist Este Haim gave the prime minister a direct shout out, saying: "That was for you DC - it's all about you."

"The Wire" is a single off of Days Are Gone, the group's first studio album released today via Polydor Records. You can buy it now on iTunes. Haim are on a US and European tour October 1st through February 14th in support of their album release. 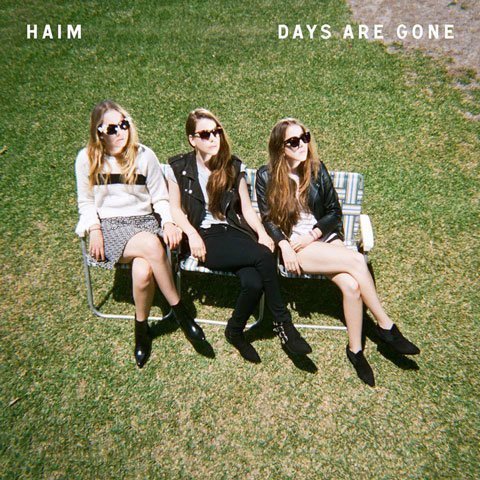