HAIM released another song on their Soundcloud, this time a track called "The Wire." While this song is not new - it has been played live for quite a while - this recording is more polished and was produced by Ariel Rechtshaid. The track premiered on Zane Lowe's BBC show earlier today, and features a strong drumbeat and an '80s influenced pop sound. The California band has finished recording their debut album, expected to be released this September; NME reports that "The Wire" will come out on September 23rd. HAIM is scheduled to tour North America from August through October before going to Europe. 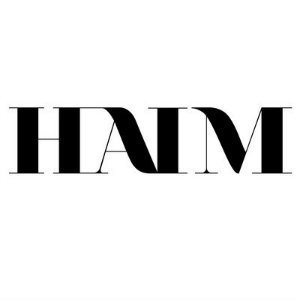 "Little of Your Love" - HAIM [YouTube Audio Single]
Music Folk Pop Rock HAIM Audio Single
1
786
Back to top
You must be logged in to upvote things.
Registration and login will only work if you allow cookies. Please check your settings and try again.