"These Walls" - Kendrick Lamar and the National Symphony Orchestra at The Kennedy Center in Washington DC on Oct 20, 2015 [YouTube Official Video]

Kendrick Lamar's recent one-night-only concert backed by the National Symphony Orchestra at The Kennedy Center in Washington DC will surely be remembered as one of the most interesting and ambitious music performances of 2015. Above, you can watch official pro-shot footage with soundboard audio of "These Walls," one of the smoother cuts off Kendrick's 2015 tour-de-force album, To Pimp A Butterfly.

The flourishes of strings and horns certainly add a lot to the tune, although it lacks some of the slick production that makes great hip hop music what it is. Compare this version to the album track, which has a similar foundation of funky drums, bass, guitar, and keyboards:

So far, there's no word on whether this one-night-only performance will be released as an album or concert film. Let's hope they share more of these great videos!

In other news, tickets are now on sale for Kendrick Lamar's 2015 Fall Tour, also known as Kunta's Groove Sessions. 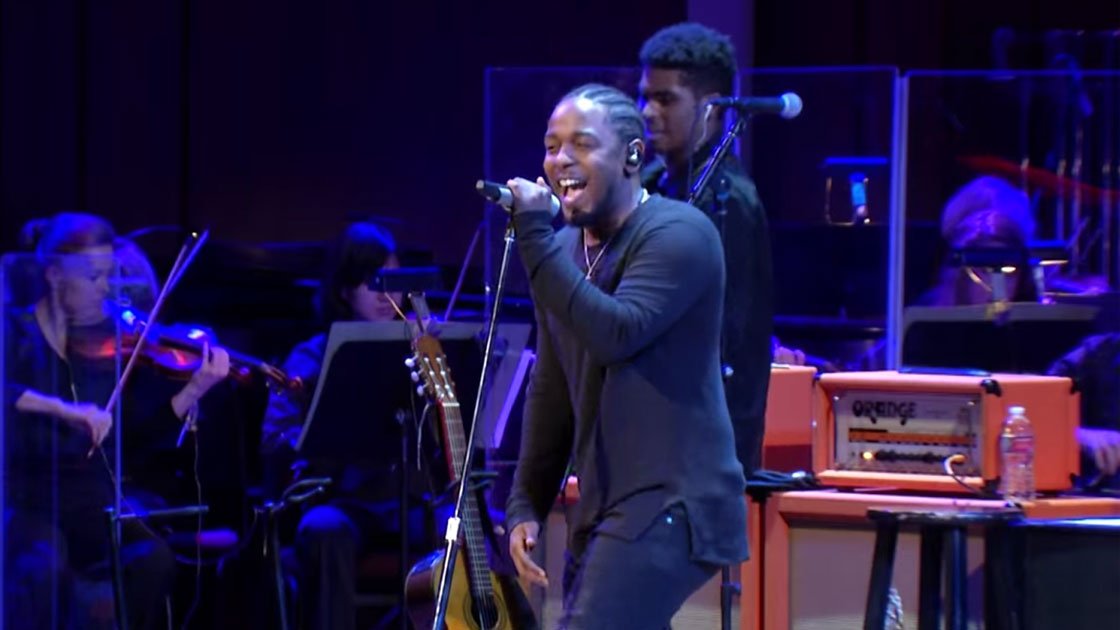