One of the most shocking and loaded pieces of art ever made?

This past Saturday, Childish Gambino dropped a new song and music video for "This Is America" shortly before pulling double-duty as host and musical guest on Saturday Night Live.  Watch the video above, courtesy of Gambino's YouTube channel.

"This Is America" is as disturbing as it is thrilling.  The satirical video, directed by Hiro Murai, may be one of the most shocking pieces of art ever made because of the way it alternates between seemingly innocent music and dancing with a dark, unsettling chorus that plays while depictions of murder and rioting are happening all around.  This truly is America.

In the days since Gambino released the video, social media has been ablaze with reactions and dozens of articles have been written across the news spectrum from music and culture blogs to in-depth articles and editorials from news leaders like the New York Times and CNN explaining the many references in the video.  Some of those references are obvious and in-your-face, especially the repeated gun violence.  At one point, Gambino suddenly shifts from a happy-go-lucky dance to gunning down a gospel choir in a scene that immediately brings to mind the 2015 mass shooting of the Emanuel African Methodist Episcopal Church in Charleston, South Carolina in which nine people were killed by a white supremacist.

Another obvious reference is Jim Crow, with Gambino's stance, appearance, and dance moves.  However, "Jim Crow" is a complicated phrase that has meant many things over the past 200 years.  Specifically, it refers to a fictional character and a set of racist laws.  The character was likely based on a West African folk tale. When those people came to America as slaves, they adopted the song for singing in the fields and designed a dance to accompany it. In the early 1800s, however, a white actor adopted and caricatured the figure, allegedly basing his dancing and speech on what he had seen from slaves. Later, the term "Jim Crow" came to describe the laws that treated blacks and whites differently and required that things like schools and public transportation be racially segregated until the Civil Rights movement of the 1960s.

While the laws themselves changed, racial inequality is still a major problem in America.  For example, Michelle Alexander's 2010 book The New Jim Crow points to the ways modern society has continued race-based discrimination through the criminal justice system. By the same token, white actors in blackface are hardly ever seen anymore, much less tolerated — but have certain rap and trap music artists become like modern Jim Crow characters by perpetuating negative stereotypes about violence and drugs in African American culture and selling them to largely white audiences?

It is actually quite amazing how much has been packed into this four-minute video, ranging from apocalyptic biblical references to the South African Gwara Gwara dance to the 2017 film Get Out.  For a shot-by-shot breakdown, we recommend checking out Sonia Rao's article for the Washington Post and Desire Thompson's article for Vibe.

For the song, Gambino collaborated with a number of artists including BlocBoy JB, Quavo, Slim Jxmmi, Young Thug, and 21 Savage who each provide ad-libs heard behind Glover's leading vocals.  None of those artists received an official credit on the song, but their presence makes "This is America" feel much bigger than it would have otherwise.  It seems no accident that these artists are among the leaders of the youngest generation of hip-hop artists who have broken into the mainstream in the past few years.

Ibra Ake, one of the music video's producers who is also a writer on the Atlanta TV series, discussed the contrasting themes of joy and pain in a recent interview with WNYC radio show The Takeaway.  Speaking about how the song came together, he shared, "The idea is a 'We Are The World' song with bunch of rappers featured... not them rapping, but ad-libs, reducing the features to jazz."  Speaking to the unsettling images in the video, Ibra explained what the video says about the mindset of African Americans and Americans in general:

With this video, we kind of reduced it to a feeling, a very black feeling, a very violent feeling, but also very fun feeling.  Like, you know, if you're at the club and there's a shooting outside, you still have to go get food afterwards, and you have to compartmentalize that. Being marginalized is compartmentalizing trauma to exist in the world. I can't stop being black because of trauma or discrimination. I still have to live life and forge on.  Maybe we take that for granted, but I think that's part of the experience. 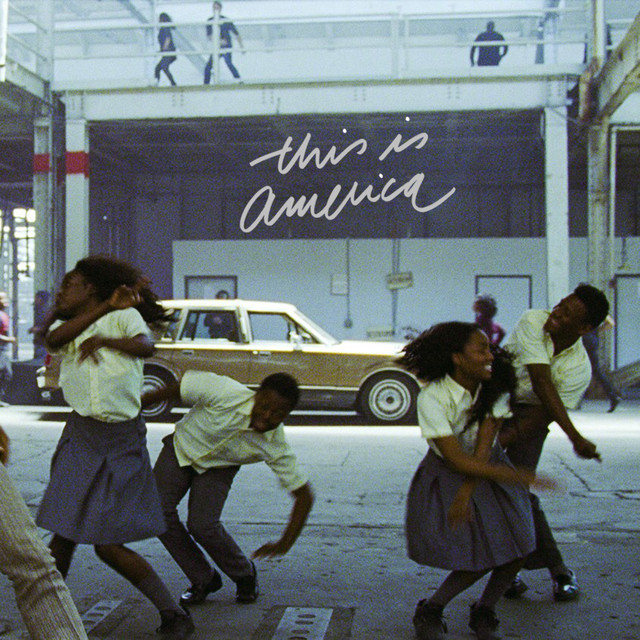 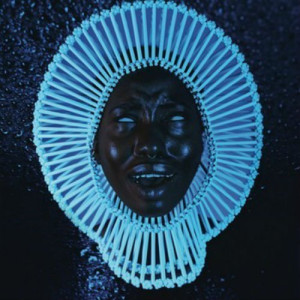