Adele is currently out on the road on her massive headlining world tour in support of her record-breaking album 25.

This tour, which kicked back off in July and is crossing the North America making 58 stops along the way, is scheduled to run throughout October before wrapping up on November 9. Tickets to see Adele on the remaining set of dates are in high demand and steadily rising on the secondary market. According to data provided by Razorgator, tickets are currently averaging $799.

Adele will be heading to New York City on September 19-26, where she will be performing for six nights at Madison Square Garden. Tickets for these shows are currently averaging $737. On September 20, tickets for Madison Square Garden are averaging $613, with the cheapest ticket available for $205. The highest-priced stop in New York will be on September 23, when tickets are coming in at an average of $859 and the lowest get-in rate can be found for $270.

Adele will continue to head down the east coast with two nights in Washington, DC on October 10 and 11 at the Verizon Center. Tickets for these stops are averaging $780, with the cheapest ticket available for $271. Another two-night stand will be on October 15 and 16 in Nashville, Tennessee at The Bridgestone Arena, where tickets are currently averaging $771, and the lowest get-in rate is clocking in at $313.

Adele’s final stops in the United States will be on November 8 and 9 at the Toyota Center in Houston, Texas. Tickets for her final performances are currently averaging $904, with the cheapest ticket found for $259 on November 9. It’s a pricey stop but fans can at least save some money on their parking in Houston by going through ParkWhiz.com, which features numerous cheap parking options all around the venue.

Adele’s tour serves as the singer’s first time back out on the road in five years, and tickets are expected to remain in high demand. 25 is home to the smash-hit “Hello” and her current hit single “Send My Love (To Your New Lover).” On tour she has also been playing classic hits like "Rolling In The Deep" and Oscar award winning James Bond theme "Skyfall."

To give an idea of the supply and demand to see Adele in concert, there were about 750,000 tickets available when the tour was announced and over 10 million people tried to buy tickets according to Ticketmaster president Jared Smith, as reported by Billboard. 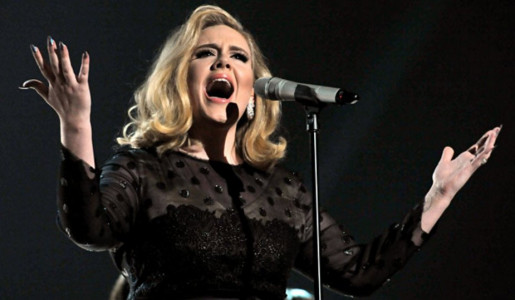 Adele’s Madison Square Garden Stops Remain Her Top-Priced Perfo...
News Pop R&B-Soul Adele New York, NY
1
577
Back to top
You must be logged in to upvote things.
Registration and login will only work if you allow cookies. Please check your settings and try again.