"Various Methods of Escape" by NIN:

Nine Inch Nails performed "Various Methods of Escape," "All Time Low," and "Came Back Haunted," off of their latest album Hesitation Marks, on Jimmy Kimmel Live! last night. On "All Time Low," the band gave a performance that had a funkier mood than the album version, with a greater focus on the bending guitar riff and the constant bass groove than the original's dark, electronic feel. Trent Reznor's vocals harmonized beautifully with the duo of gospel singers (American Idol-alum Sharlotte Gibson and Grammy-winner Lisa Fischer) that have supported the band through the whole tour.

This set, on a tour that has notably featured more than one first for the band, is Nine Inch Nails' network television debut, after 25 years in the business. While the official Jimmy Kimmel Live! channel has only released a videos for "Various Methods of Escape" and "All Time Low," you can check out a lower-quality fan video of "Came Back Haunted" as well, courtesy of YouTube user suprefan: 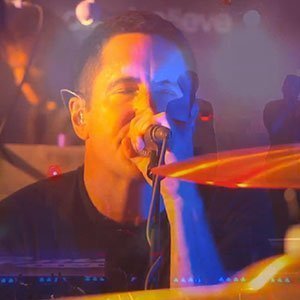