Tired Pony played a live set for WFUV, Fordham University's critically acclaimed public radio station on September 25th. They performed three songs from their latest studio album The Ghost of the Mountain, including their most popular song to date, "All Things at Once." Watch the rest of their performance below.

The band was founded in 2010 by Gary Lightbody, lead singer of the Alternative Rock group Snow Patrol, as a project that was intended to be predominantly country music. Lightbody later explained that the bands sound became more of an Americana and Alternative Rock sound during the creative process in the studio. Their second album The Ghost of the Mountain was released on August 19th. You can purchase it on iTunes and Amazon. 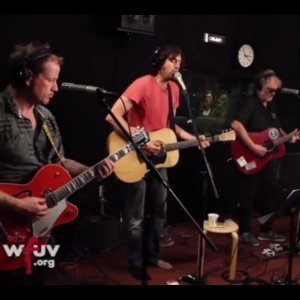