Justin Timberlake's official music video for "TKO" dropped today and we find out that producer Timbaland wasn't kidding when he said "she killed me with that coo-coochie-coochie-coo." Spoiler alert... the frying pan to the head is the beginning of JT's downfall.

Timberlake's website has this: "Fun fact? The co-star Riley Keough is the eldest grandchild of Elvis Presley and actress Priscilla Presley." That's right, the 24 year old model / actress is the daughter of Lisa Marie Presley and Danny Keough. Since Timberlake is from Elvis' hometown of Memphis, being able to star in a video next to his granddaughter must be quite an honor. That's rock and roll royalty, right there. 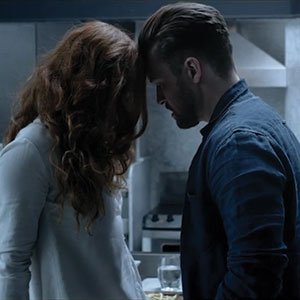 Justin Timberlake Drops Knowledge: 9 Things We Learned During his...
News Justin Timberlake Zane Lowe
2
1425
Back to top
You must be logged in to upvote.
Registration and login will only work if you allow cookies. Please check your settings and try again.