Los Angeles post-jazz bassist Thundercat (aka Stephen Bruner) has released a video for his fittingly titled song "Tokyo," which is a charming homage to the Japanese city. The artist provided a laconic introduction for the video on his Facebook page, stating, "It was filmed in Tokyo. I love Tokyo."

The song is punctuated with lyrical references to geographical locations and cultural markers, including mentions of Pachinko, Dragon Ball Z, and the Suicide Forest. Thundercat's groovy bass line oscillates in and out of unison with perky electronic riffs, adding to the overall whimsicality of the music.

The first clip from Thundercat's LP Drunk, the "Tokyo" video places the artist's "love affair" with the city on full display. Bruner plays the part of a travel vlogger showing us his favorite landmarks, contextualizing the lyrics with on-location visuals. Not without its own quirkiness, the film also includes Thundercat playfully moving the lips of a fish to correspond with the vocals.

If the whole music thing doesn't work out, Bruner might have a promising future in the tourism industry.

Order a copy of Drunk on Amazon. For more, check out Thundercat's Zumic artist page. 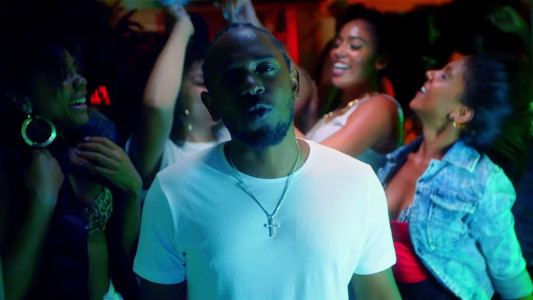