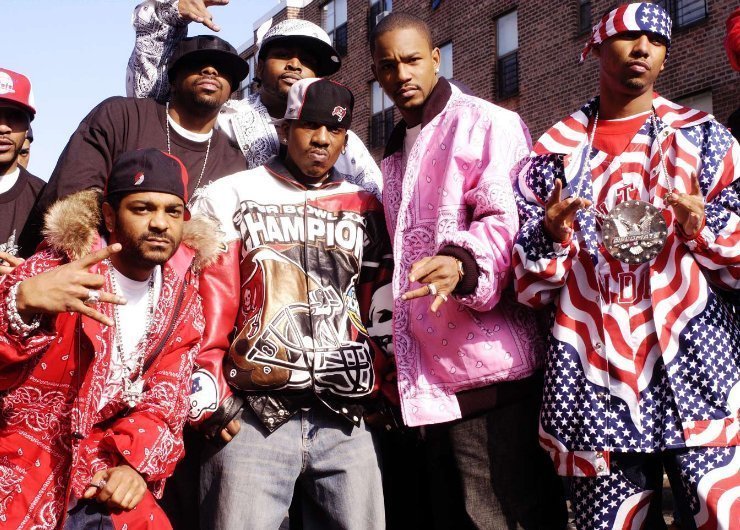 "Dipset," apart from being the name of an NYC hip hop crew composed of Cam'ron, Juelz Santana, Freekey Zekey and Jim Jones, is a term that means a lot of things to a lot of different people. For rap nerds, it recalls an era of chipmunk soul samples, outlandish fashion, and Roc-A-Fella Records' heyday; for rappers, it's the comparison you choose for your crew when Wu-Tang Clan seems like biting off too much, and G-Unit too little. The general 2014 public may have little to no knowledge of the term "Dipset," but to the Harlem crew who were once Jay Z and Nas' only competition in the much-disputed "King of New York" clusterfuck of an arena, it was a lifestyle.

The crew's three core members (sorry Zekey, but not even the majority of hip hop historians remember your name) reunited earlier today in a great new music video from A-Trak and Cam'ron, so it seems like a better time than ever to share the ten most wondrous wonders of the Dipset world. Below are ten tracks, culled from solo albums and collaborative releases under the "Diplomats" moniker, that prove Dipset's timeless appeal. You won't find their two biggest radio hits -- Jim Jones' "We Fly High (Ballin')" and Juelz Santana's "There It Go (The Whistle Song)," on this list -- instead, these songs contain the crew's best lyrics, beats and signature flair.

Though "Hey Ma" may not be the most groundbreaking or hard-hitting song Killa Cam ever recorded, it's the most immediatly catchy song on this list, and the only one that's a sure bet to appeal to any group of people partying about anything anywhere. Riding on the strengths of a call-and-response chorus, a sterling melody and that immortal piano sample, "Hey Ma" is one of the most jovial, carefree hip hop songs ever made. Blast it in the summer heat, and you'll swear you can feel a cool breeze coming out of your speakers.

Dropping in 2003 as the lead single from the crew's collaborative double album, Diplomatic Immunity, "Dipset Anthem" is the group's mission statement of sorts. With Heatmakerz flipping the intro of a Jamaican dancehall track into perpetually-climaxing loop, Santana and Cam are let loose on the beat, painting vivid pictures of their native Harlem environment. Amid an era of seemingly thousands of shit-talking NY tracks from DMX, Papoose, 50 Cent and the then-beefing pair of Nas and Jay, "Dipset Anthem" might have hit the hardest.

Just Blaze, who also co-produced the new Cam'ron / A-Trak song, is one of two main perpetrators in the chipmunk soul boom of the early '00s (Kanye is the other). His fingerprints are all over Roc-A-Fella's golden age material, including "I Really Mean It," a blast of pep rally horns, bombastic percussion and -- you guessed it -- pitched-up vocal samples. Also appearing on Diplomatic Immunity, this track's structure and pugnacious attitude are similar to "Dipset Anthem," but when Cam perfects the brand-naming, aspirational-rap formula that Rick Ross and others have latched onto in recent years (see lyrics in question below), who cares how many songs exist that sound like this?

Another Just Blaze joint, "Oh Boy" may have one of the most repetitive beats in hip hop history, but that repetition is used for a purpose, namely creating as many lines with the word "boy" in them as possible. "Oh Boy" revels in excess, delicious vocal samples and Santana and Cam's impeccable chemistry.

Alright. Of all the huge beats on this list, "Dipset (Santana's Town)" has the most monstrous. Most of that's thanks to a well-placed opera sample, which adds some propulsion to Santana's almost too-simplistically enjoyable hook of "dip-SET, dip-SET."

One of many highlights from Cam'ron's 2004 album, Purple Haze, "Get 'Em Girls" is the second song on this list to sample an opera song, opting for Carl Orff's sampled-to-death "O Fortuna." Like Nas' "Hate Me Now," which also sampled the same song, the video for "Get 'Em Girls" features its star rapping on a rooftop. But what Nas lacked in humor, Killa Cam had in droves, spouting off ridiculous couplets like "Chicks from hooter to hooter, I put two in producers / I'm the real ball story, the loser of Hoosiers."

Another one of Jim Jones' strong moments, "Crunk Muzik" has the most modern beat of any of these Dipset songs, all buzzing synths and bone-snapping drums. Released amid the mid-2000s crunk movement, this was Dipset's unforgiving take on Southern rap, which has never sounded colder.

"Down And Out" - Cam'ron feat Kanye West & Syleena Johnson (prod. by Kanye West)

One of several wildly enjoyable Cam'ron / Kanye West collaborations, "Down And Out" could have easily popped up on Mr. West's debut album. It's lighter fare than most Dipset street anthems, but file it next to "Hey Ma" and "Oh Boy" and you've got yourself a nice trio to add to your summer BBQ playlist.

A career-making look for Los Angeles' The Game, this update on Eazy-E's "Boyz-n-the-Hood" finds denizens of both coasts linking up over a mutual love of G-funk. With updates on Eazy's production giving "Certified Gangstas" more polished, dynamic production, there's never been a better remake of the classic track, though many have tried.

A tropical slice of patois-laden hooks, relaxed beats and "Kumbaya"-citing lyrics, "Killa Cam" is a perfect illustration of Cam's ability to deliver great rap verses while simultaneously sounding couchbound and giving very few fucks. Sure, his Flintstones line is a little groan-inducing, but this song is so ridiculous that razor-sharp lyrics would almost seem out of place on it. What "Killa Cam" is is a charmingly weird nugget that shows why Cam's the only person who can get away with naming an album Purple Haze in the post-Hendrix world.

Hopefully this list has either piqued or reaffirmed your interest in Dipset, New York's most flamboyant crew of all time. They may not have the lyrical skills of Shaolin's finest, Jay Z may out-earn all four members combined, Nas may have a more legendary album, A$AP Mob may be savvier and sexier, but Dipset are a vitally important part of New York's hip hop legacy.

Stay tuned for Cam'ron's upcoming EP with A-Trak, it's sure to be nostalgic and awesome. 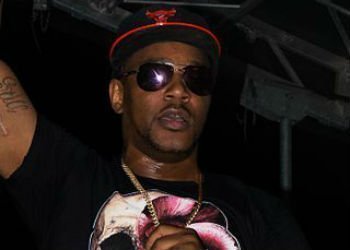 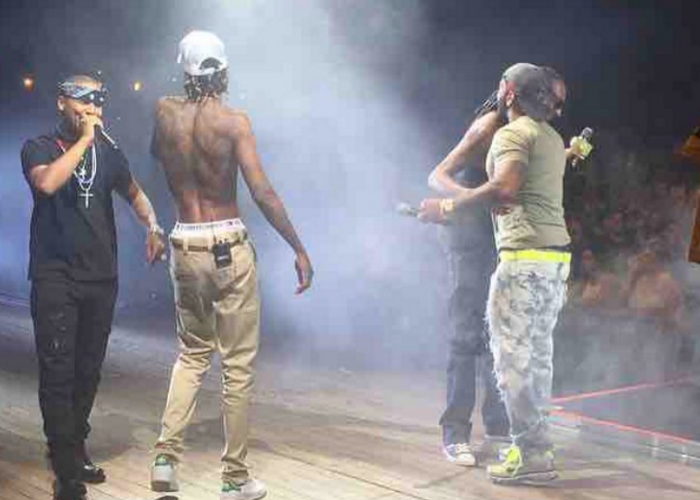