On May 14 2015, an all-star tribute concert called Dear Jerry: Celebrating The Music Of Jerry Garcia took place at the Merriweather Post Pavilion in Columbia, Maryland. Above, you can watch a newly released video of Grateful Dead guitarist Bob Weir leading a faithful performance of the '80s hit "Touch Of Grey" backed by an assortment of musicians including Bill Kreutzmann, Mickey Hart, Don Was, and Buddy Miller.

The video serves as a preview of the DVD/CD and Blu-ray release of the concert, which will be released on October 14, 2016. Pick it up by visiting Blackbird Presents' website. Here is the trailer for the concert film:

According to the Blackbird Presents Facebook page, the release will feature performances by:

For more music and news about The Grateful Dead, check out their Zumic artist page. 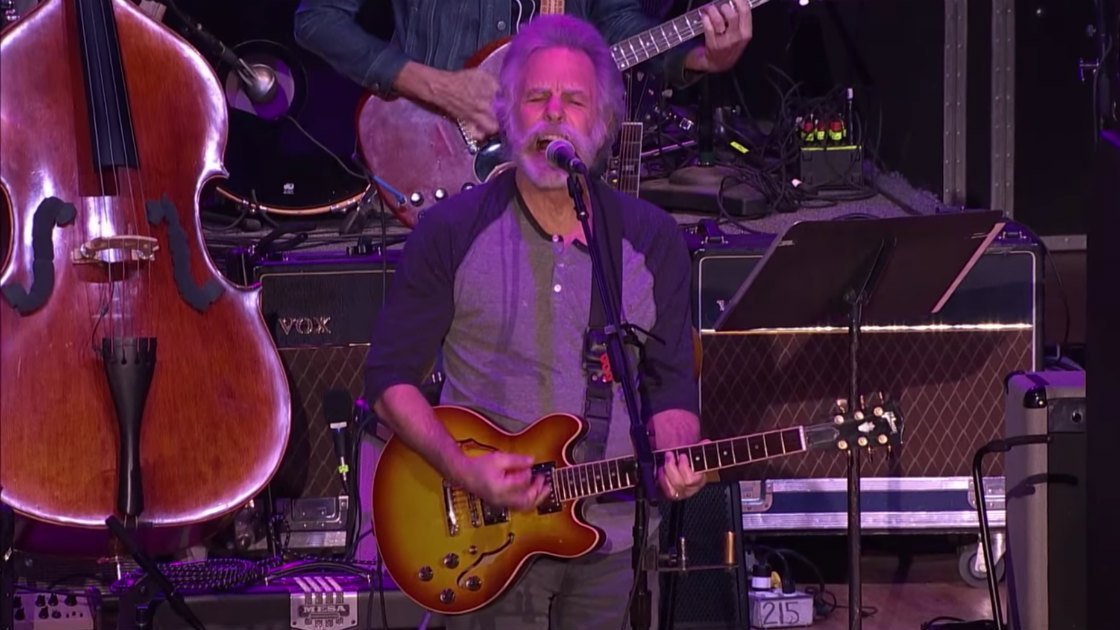