Though you may play Transatlanticism in heavy rotation along with your newest preferred albums, it has now been a decade since its release. In celebration, Death Cab For Cutie will release a Transatlanticism 10th Anniversary Edition which includes all of its original tracks along with demos of each song that offer a window into how the tracks developed. It's a wonderful insight for the curious Death Cab For Cutie fan. One good example is "Title And Registration" which, in demo form, rings acoustic, maintaining a slight folk and blues edge. In its final version, however, the sonic focus shifts to an added layer of electronic backbeat creating an entirely new identity for the song. The 10th anniversary edition audio is available online courtesy of NPR.

You can order the Transatlanticism (10th Anniversary Edition) on LP via Barsuk Records and in digital form on iTunes before its official release on October 29th.

1. The New Year
2.Lightness
3.Title And Registration
4.Expo '86
5.The Sound Of Settling
6.Tiny Vessels
7.Transatlanticism
8.Passenger Seat
9.Death Of An Interior Decorator
10.We Looked Like Giants
11.A Lack Of Color 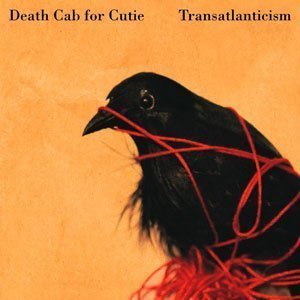 "I Dreamt We Spoke Again"
Death Cab for Cutie (YouTube)
Music Alt Rock Indie Indie-Rock Rock Death Cab for Cutie Lyrics Video
3
572
Back to top
You must be logged in to upvote things.
Registration and login will only work if you allow cookies. Please check your settings and try again.