Trinidad James recently landed himself in hot waters, stating at a NY concert that "ATL runs New York hip-hop." The footage of the statement surfaced online, and caused an uproar on social media platforms. In what started out as an offense to New York hip-hop fans and bloggers, it then moved forward to the rap artists from their.

Many artists and DJ's from the state used their social media sites to attack back at James. Maino, from Brooklyn, took the words to heart, and threatened the Atlanta rapper with a physical altercation. To dig himself out from this deep dirt, James has now released a video explaining the meaning behind his statement.

Heyy buddy @trinidadjamesGG I'll be ur Huckleberry! Lol imma brush those teeth when I see u baby boy. U a street nigga rite? Lmao

Titled “The Truth Will Set You Free,” the rapper does not apologize for what he said. He instead states his good reasoning for his act with "my only intentions when I said what I said was to get New York radio, the main stations, to play more young New York artists."

"Only God can judge me...I was not disrespecting New York when I made my remarks," he closes off the segment saying. Let's hope this sits well with the artists and fans from the birthplace of hip-hop, and no one tries to assault the "All Gold Everything" rapper.

For more on Trinidad James, check out his latest single "L.I.A.A.R.$," here on Zumic. 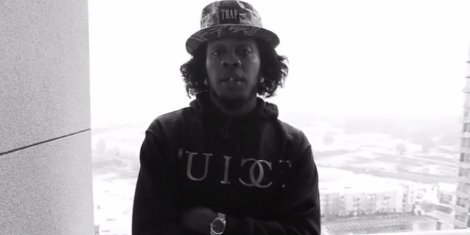