Baby Shakes formed in 2005, and consist of Mary on lead vocals and guitar, Judy on lead guitar and vocals, Claudia on bass and vocals, and Ryan on drums.

Turn It Up is an adrenaline-fueled album with songs that combine fast-paced '70s punk mixed with blues-based rock and roll. With only one track breaking the three minute mark, the songs are full of tight musicianship and attitude. Elements of The Ramones and the New York Dolls are cleverly mixed, with heavy doses of surf rock providing for a unique listen.

Having been voted as one of New York City's emerging bands by The Deli, it's easy to hear why. Their music is fun, catchy, and full of energy. While they may not be breaking down new barriers, they've got a fresh rock sound and attitude.

Turn It Up is currently available on Amazon. You can also stream the full album above, via Spotify.

For more, check out the Baby Shakes Zumic artist page. 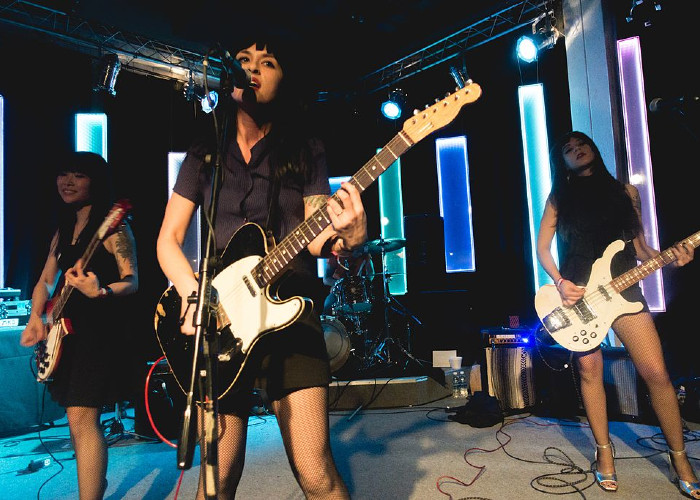