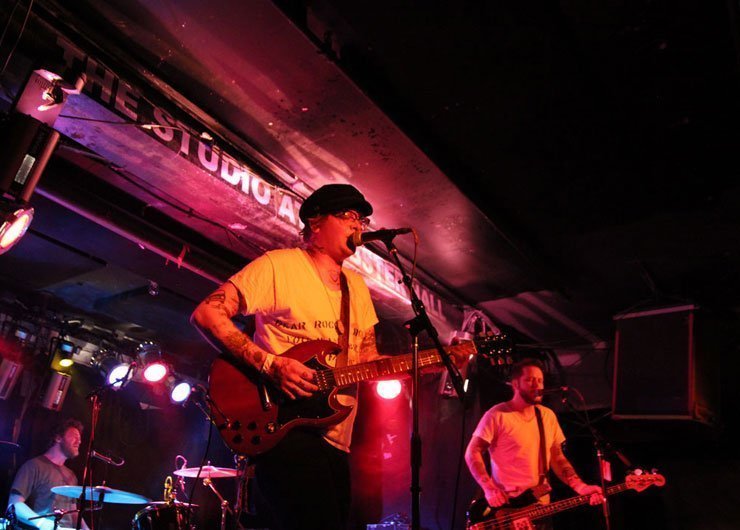 After what seemed like an eternal winter hellscape, the constant snowstorms and below-freezing temperatures finally subsided in New York City this week, just in time for Columbus, Ohio's Two Cow Garage to play The Studio downstairs at Webster Hall. Joined by Brooklyn's Sad and French, American Opera, and Joe Taylor, it was a night of intimate cowpunk fun.

Sad and French were onstage tuning up when I arrived. The three-piece band began as a folk punk duo, but the addition of a drummer and electric instruments gave them a far more punk rock dynamic. While nobody in the band is French, they are exceedingly sad, with songs about love, faded memories, and bitter heartbreak. Fronted by Jose Prieto, with Edwin Santacruz on bass and Greg Taylor on drums, the band played through their set with high-energy showmanship and plenty of crowd interaction. Jose stopped at the end of the set to talk about the political upheaval in his home country of Venezuela and then said, "Sorry to bum you out with that, but... Whatever," before breaking into "Cheers to You" and closing the set. 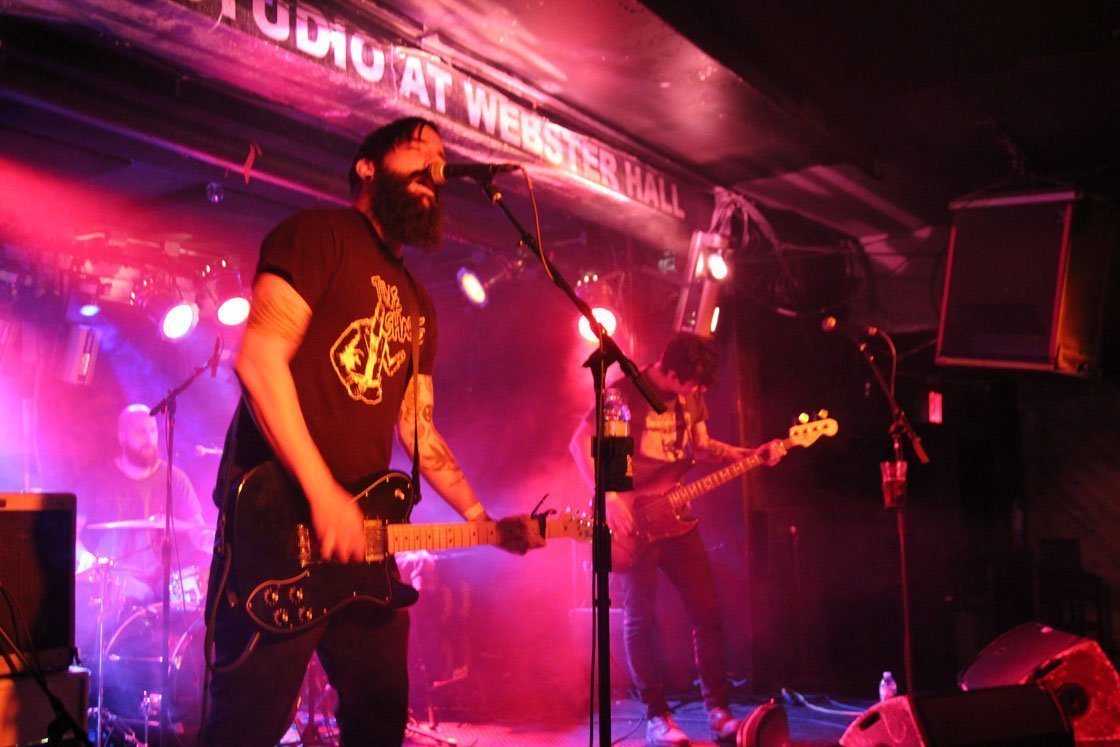 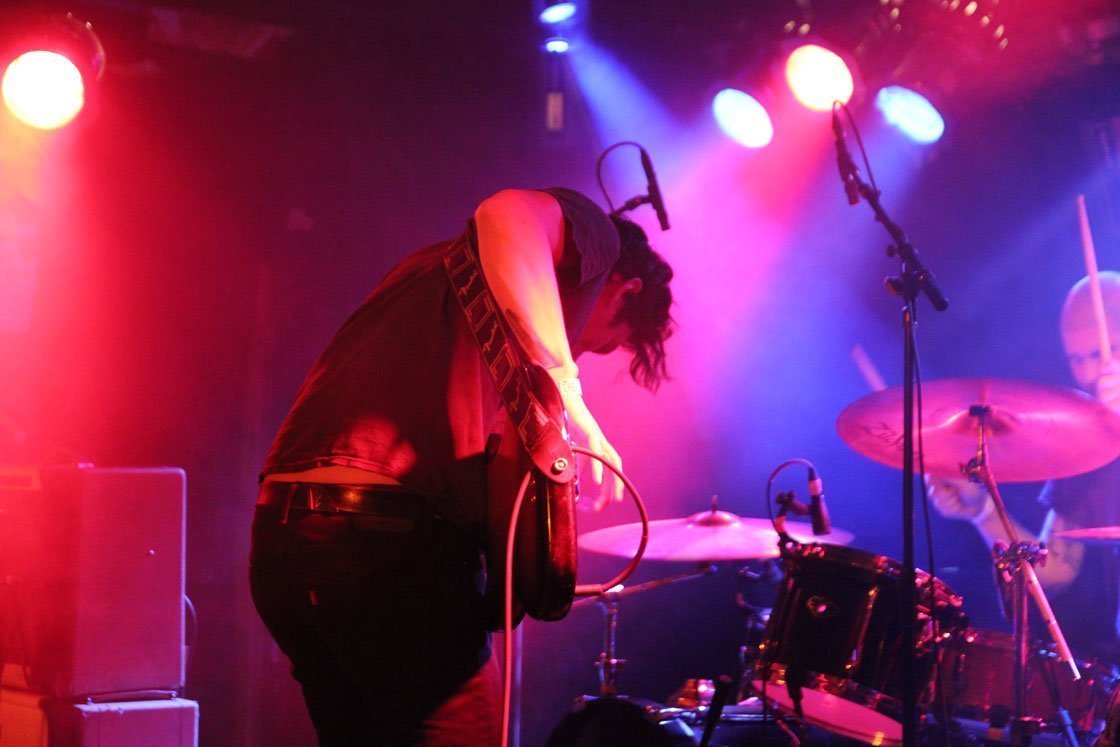 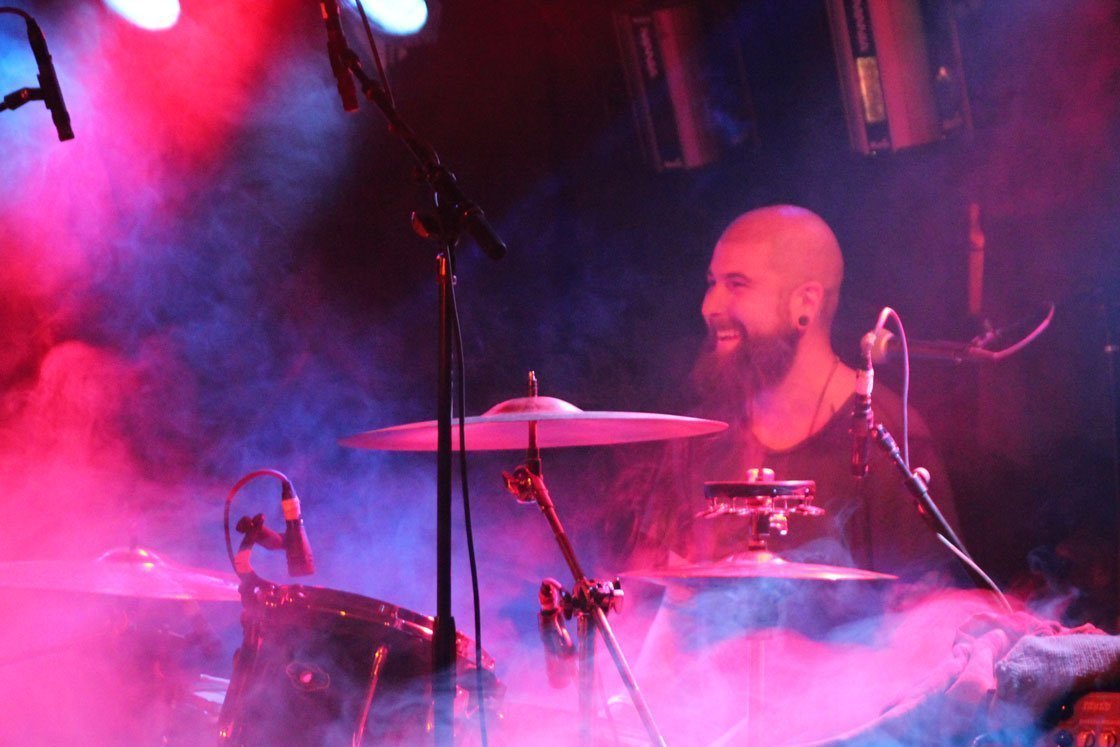 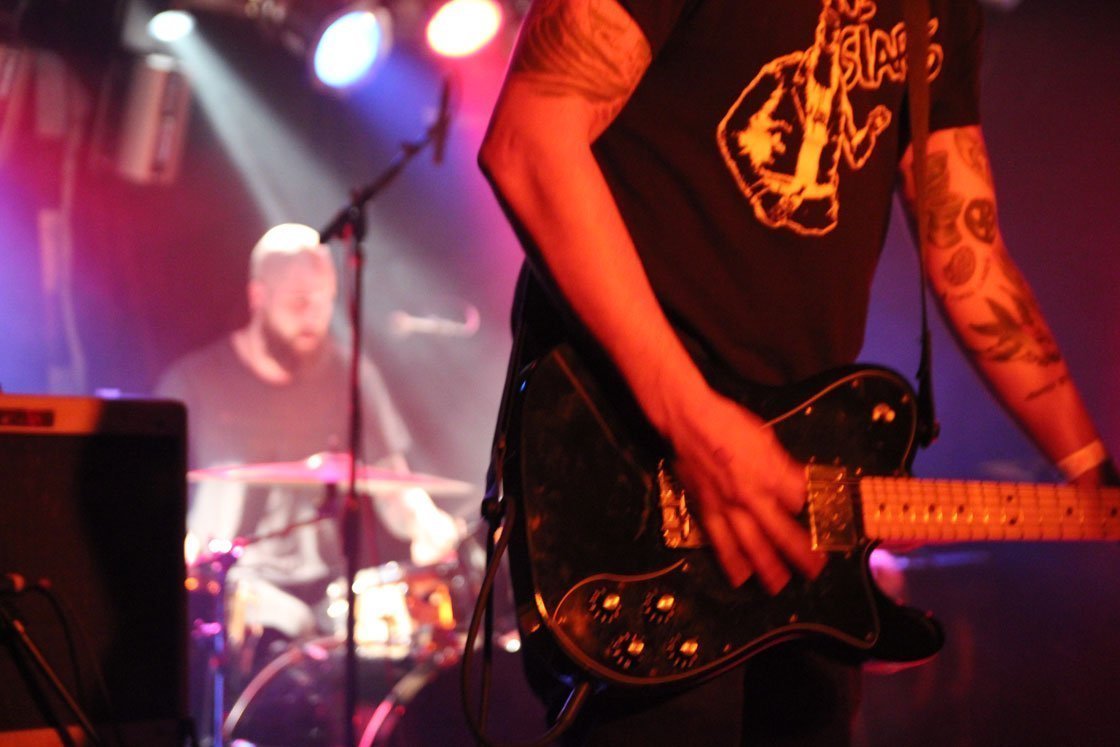 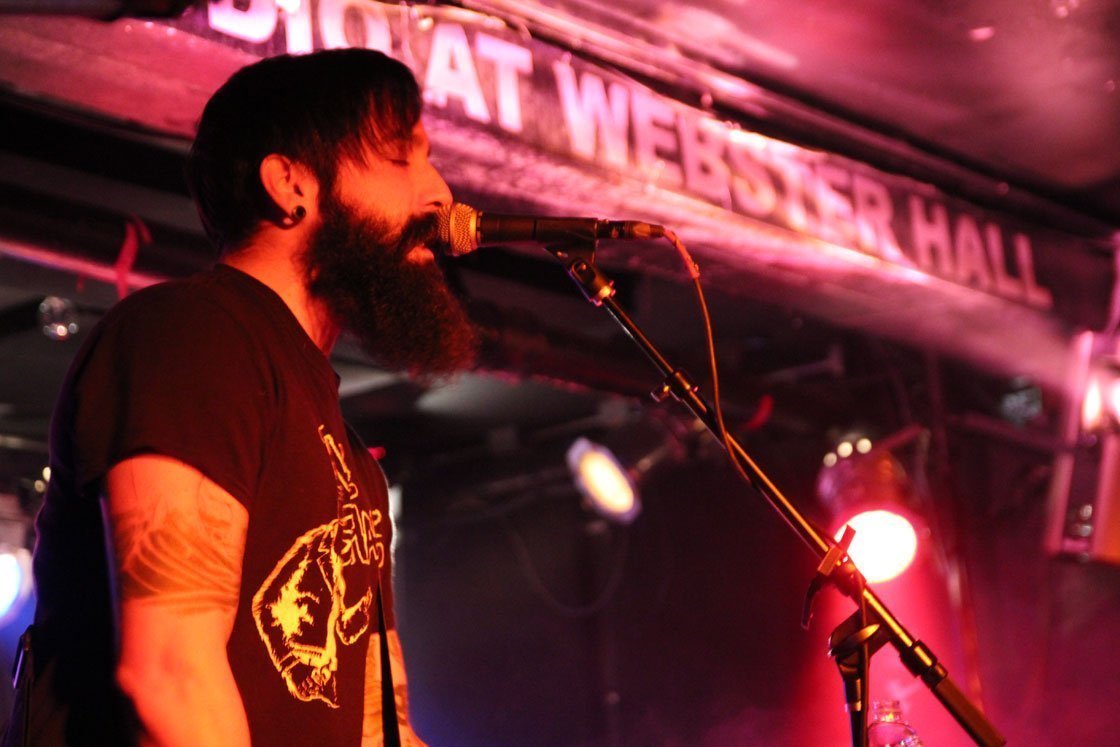 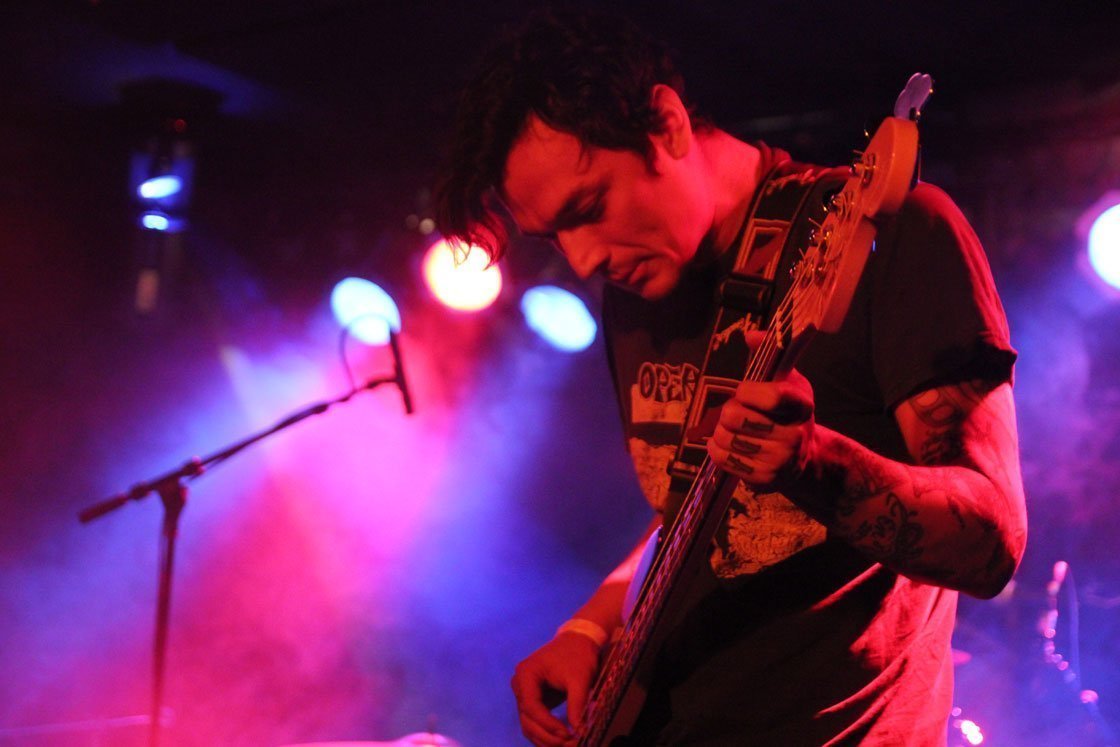 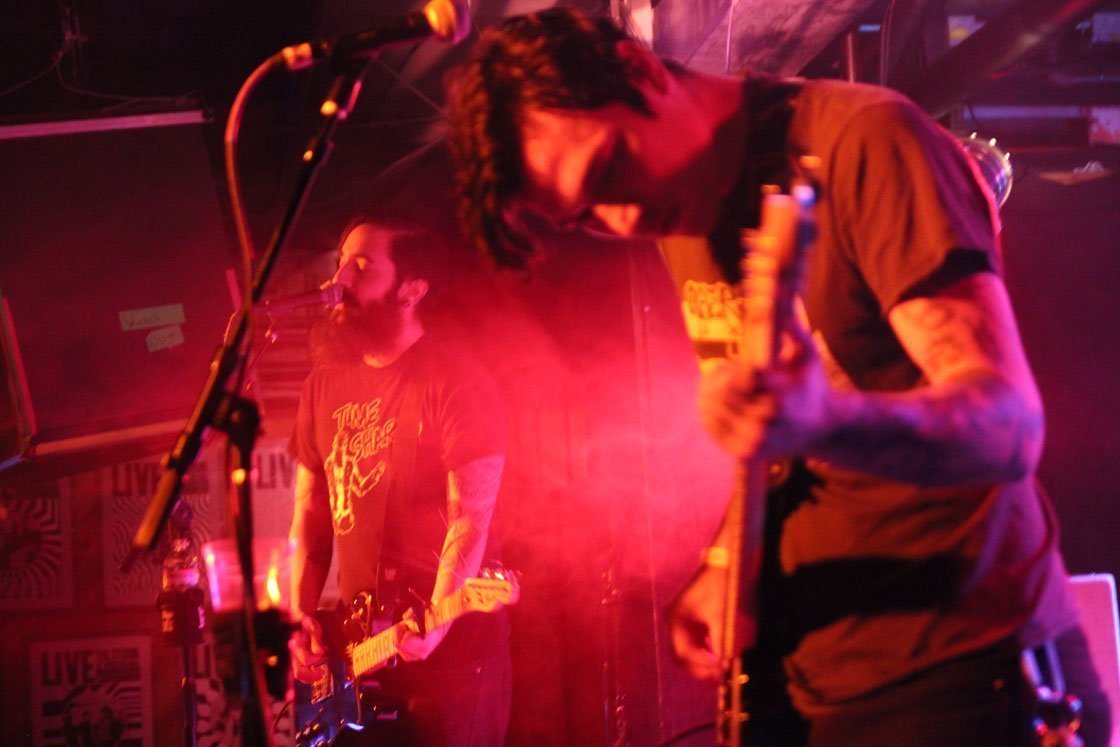 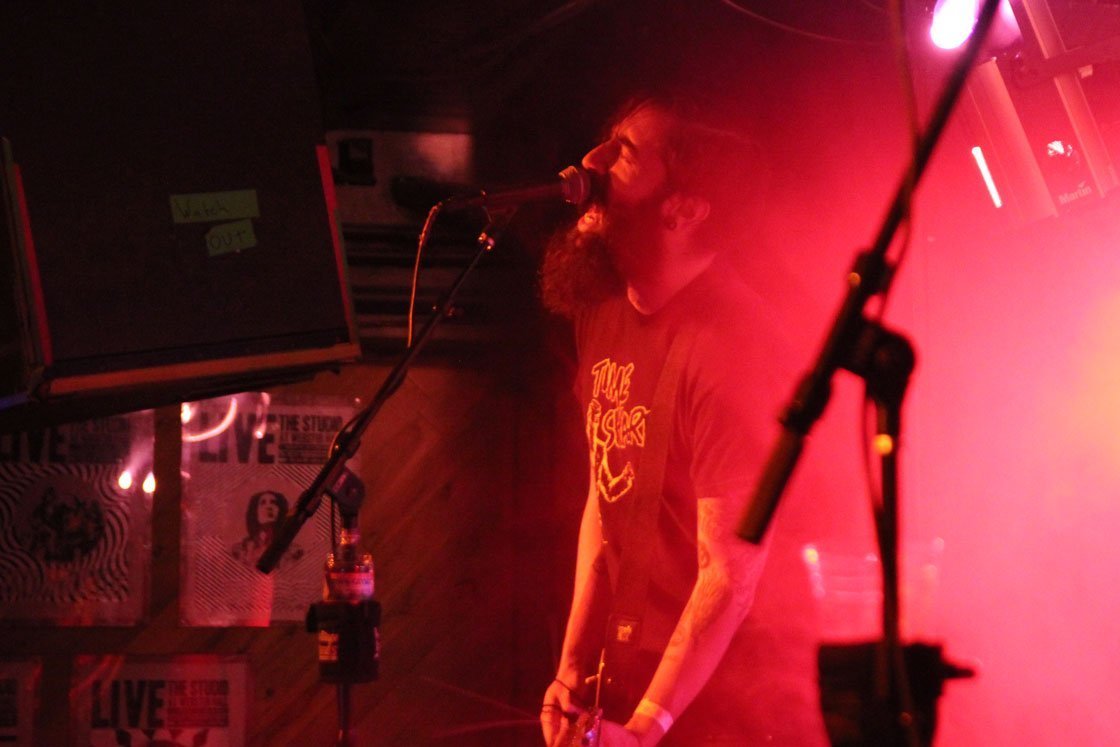 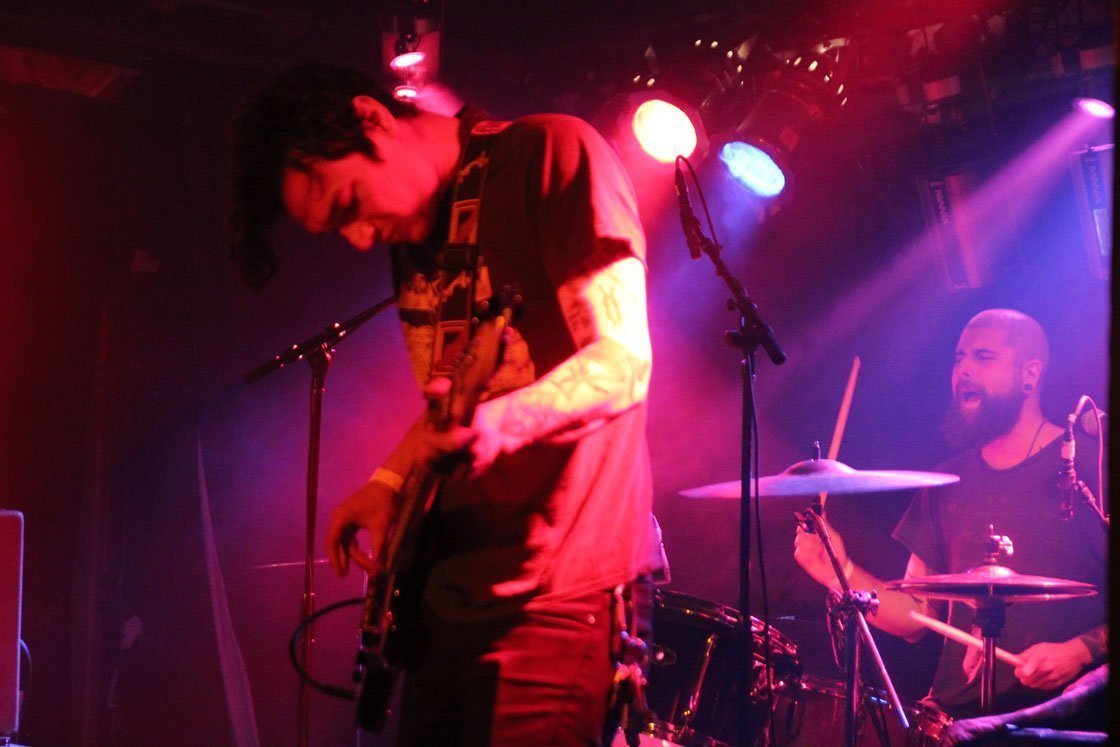 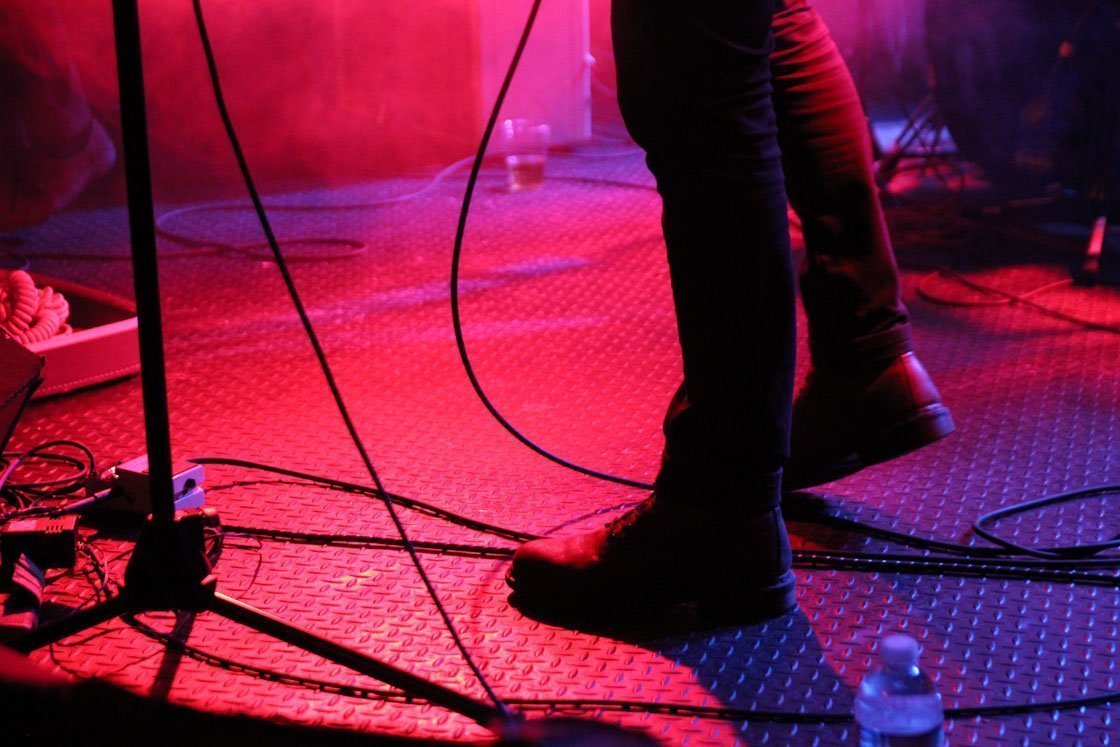 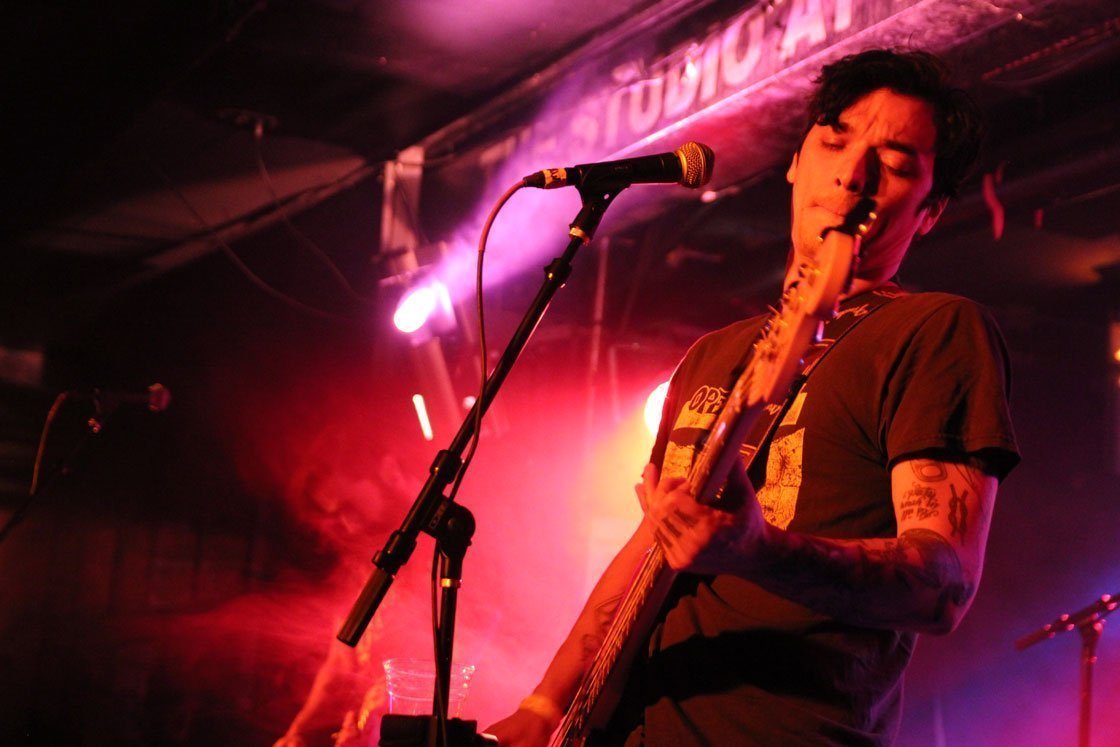 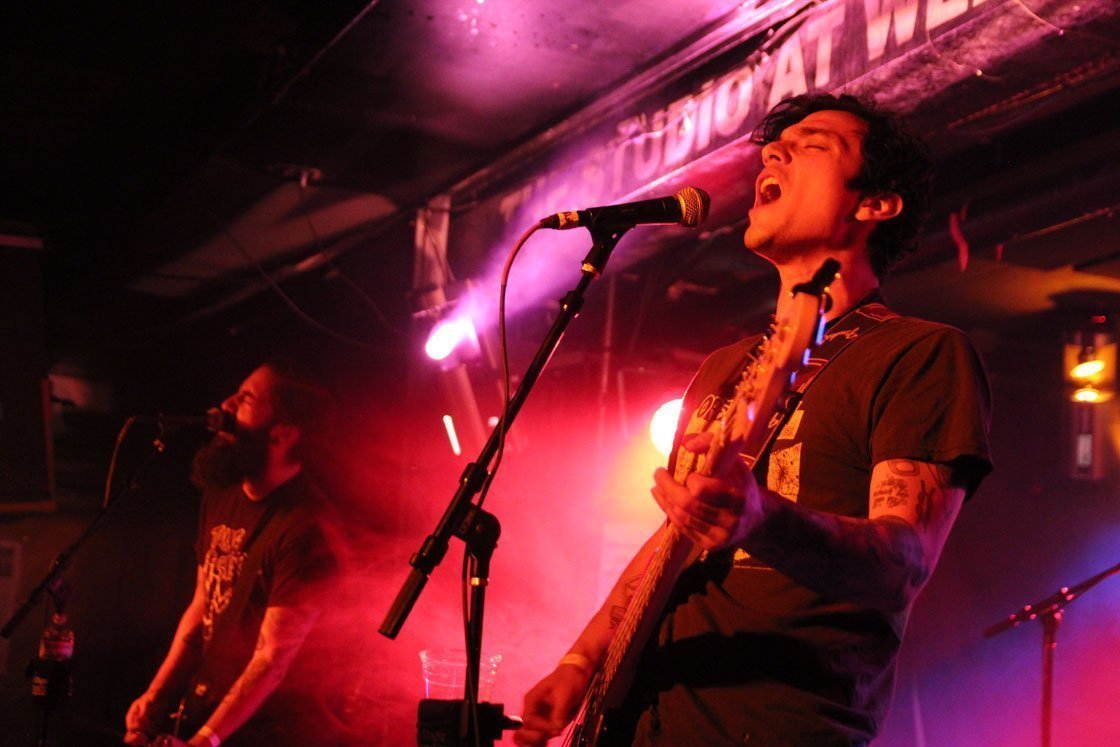 Two Cow Garage took the stage soon thereafter and performed a career spanning set as the audience crowded in closer to the stage. Backed by drummer David Murphy and bassist Shane Sweeney, singer / guitarist Micah Schnabel's unique vocals washed out over the crowd and the Manhattan basement became a singalong slice of Americana. Fans called out for songs and Shane said, "I'm just glad you guys know all these songs." They filled the set with upbeat rockers for the most part, but slowed the pace a bit a few times to break our hearts with favorites like "Jackson, Don't You Worry." They picked the energy back up for the last tune, sang until their voices were raw, and called it a night.

Two Cow Garage released The Death of The Self-Preservation Society last year, and it's available on Last Chance Records. 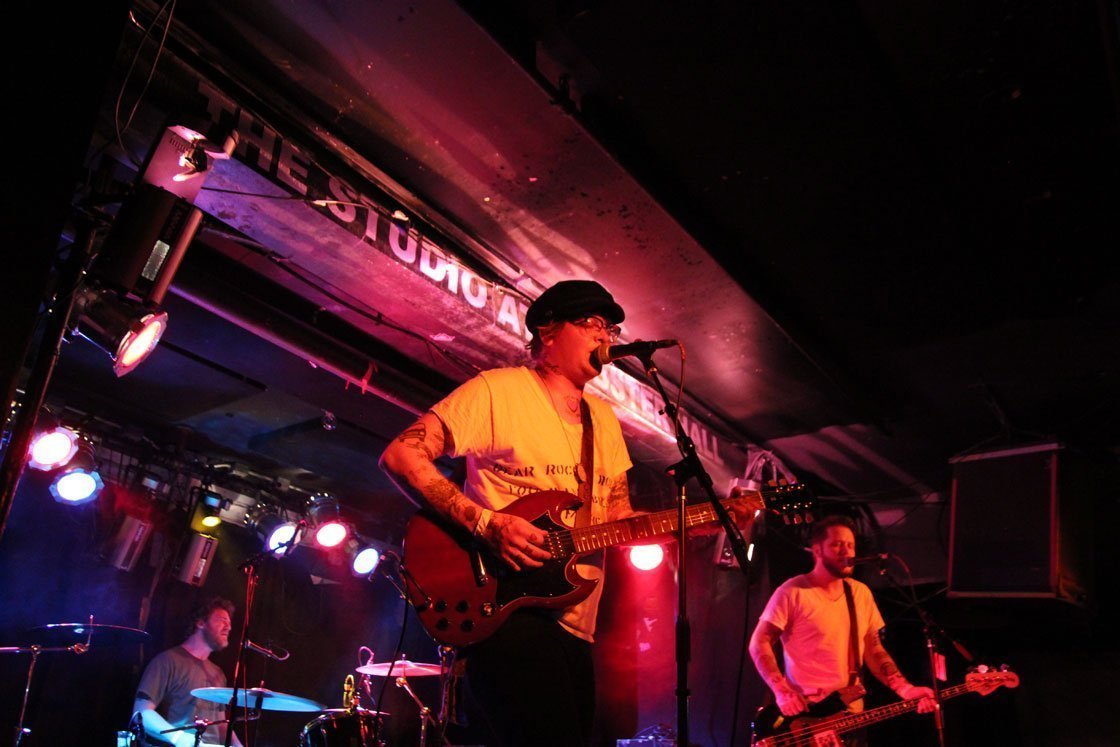 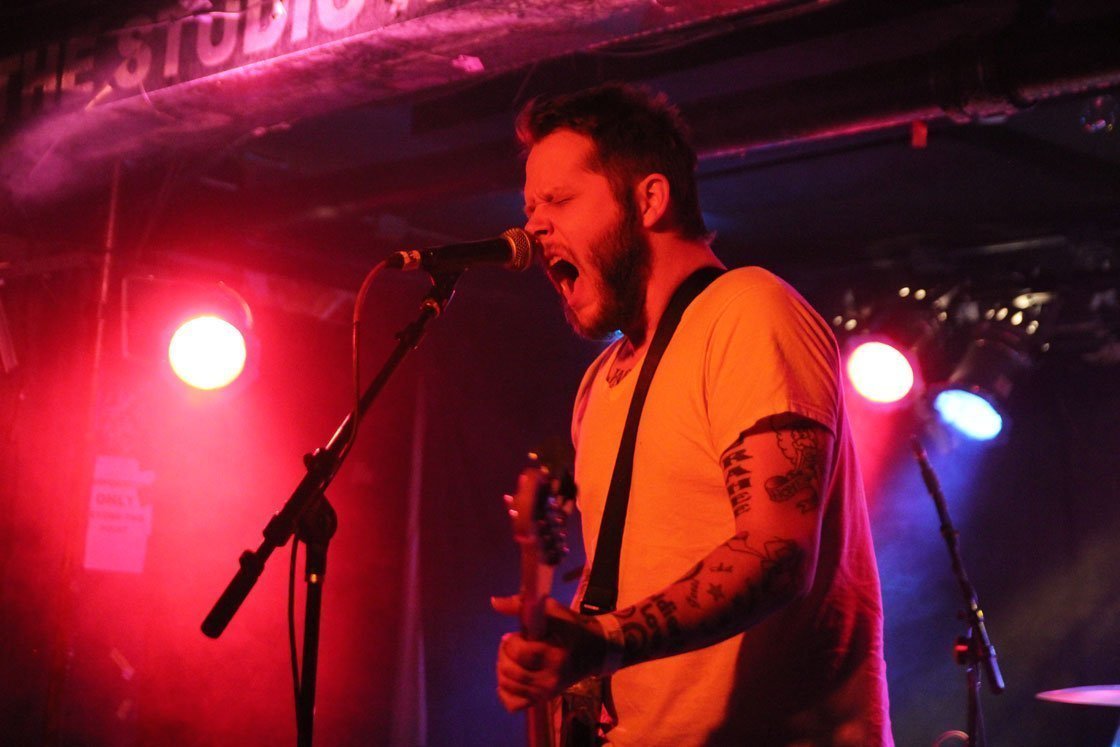 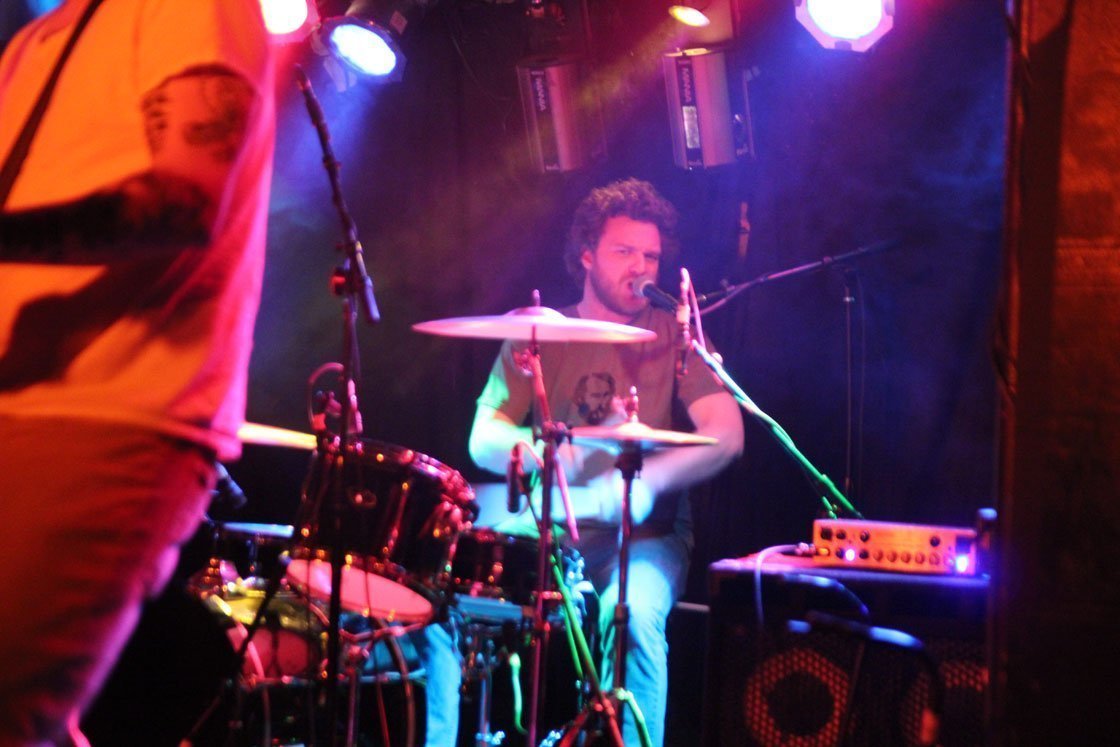 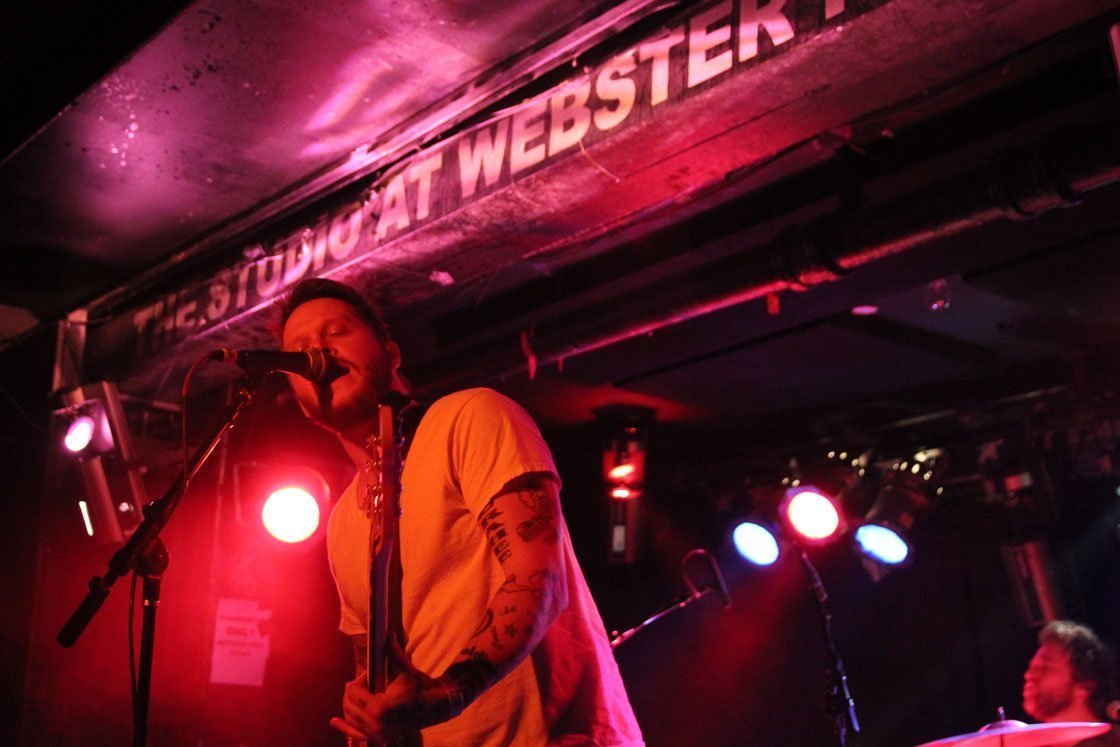 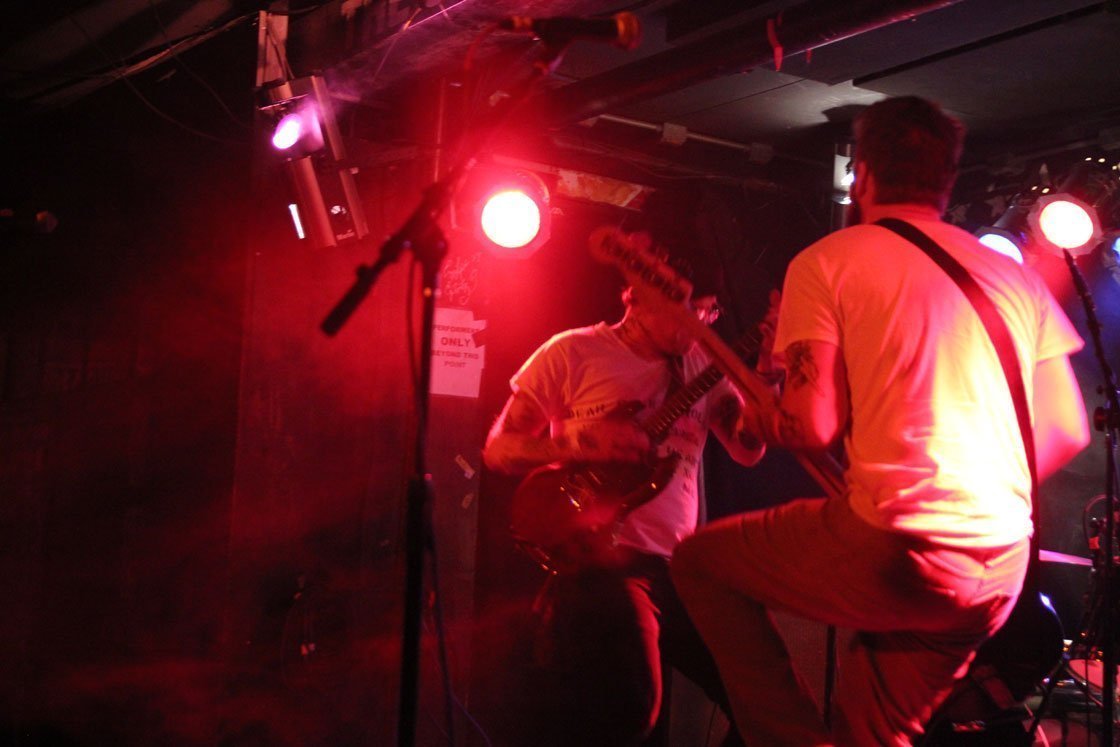 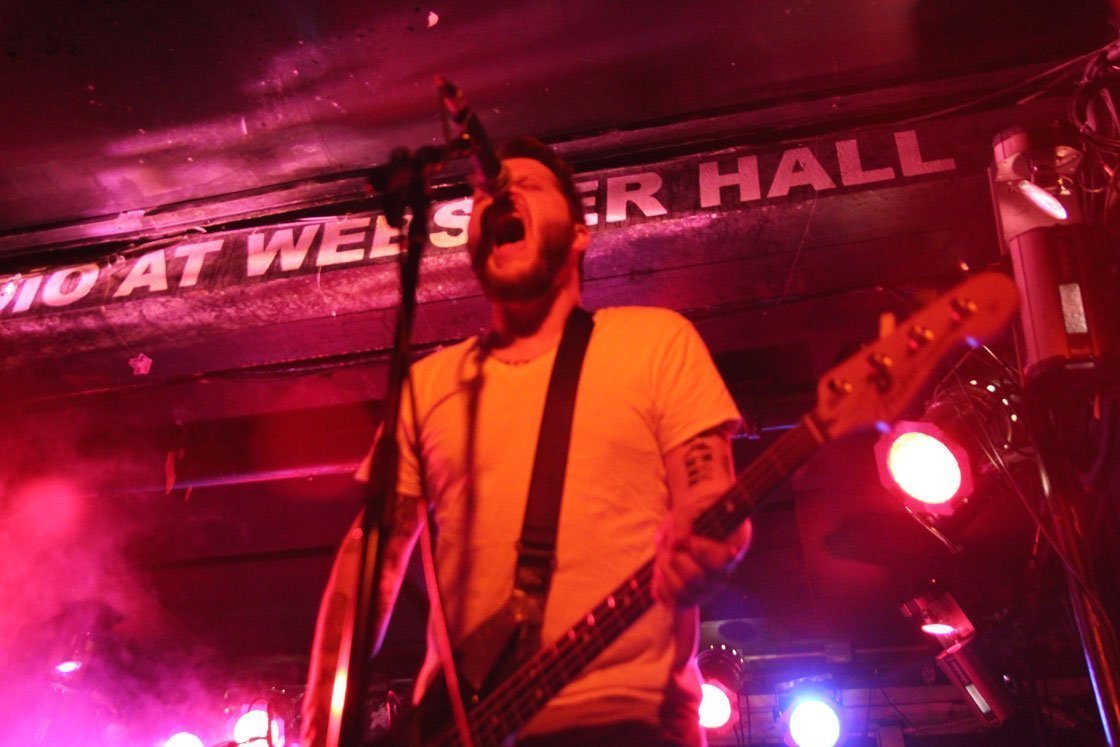 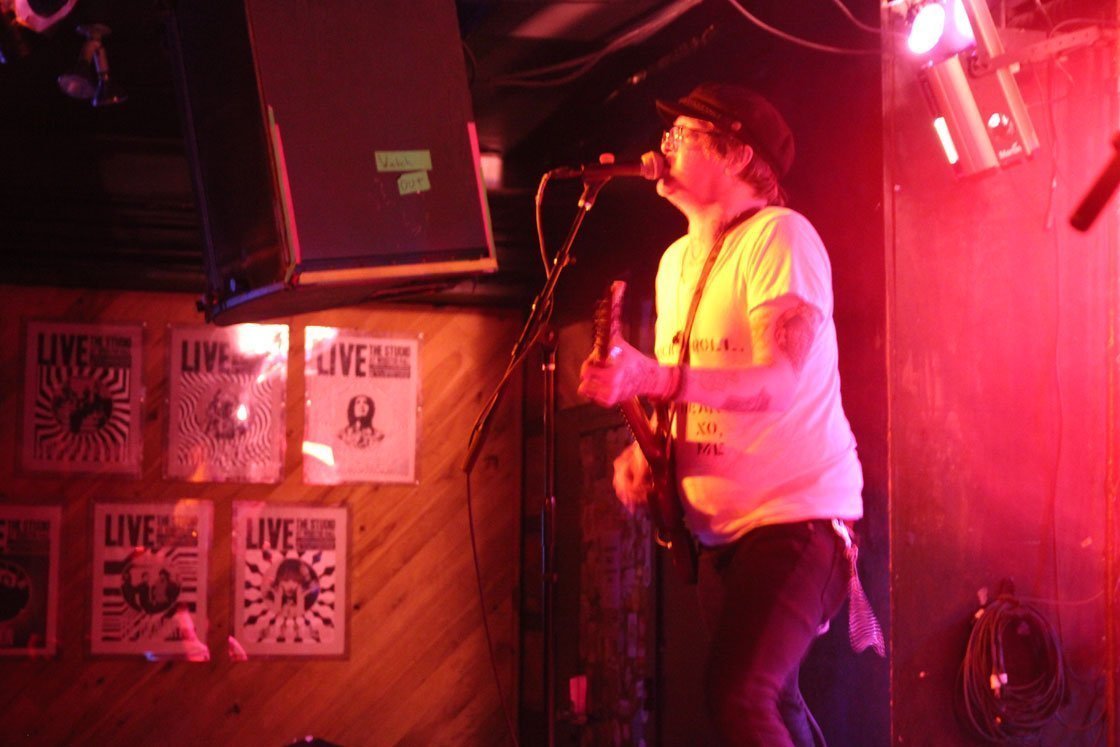 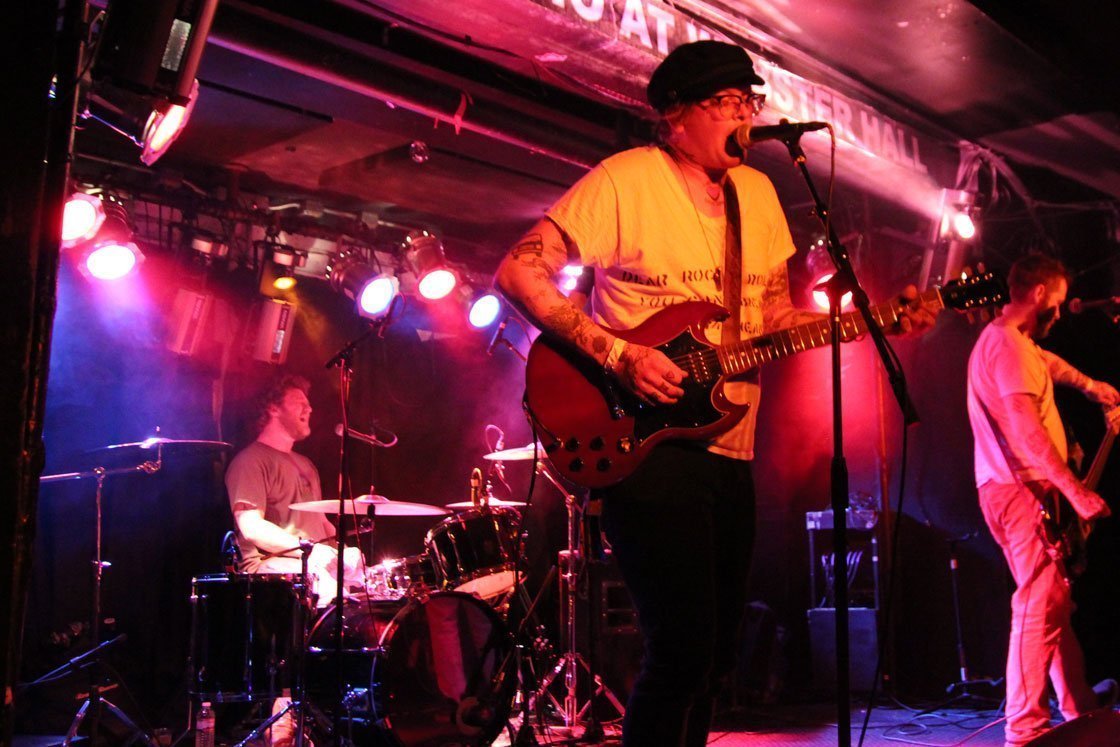 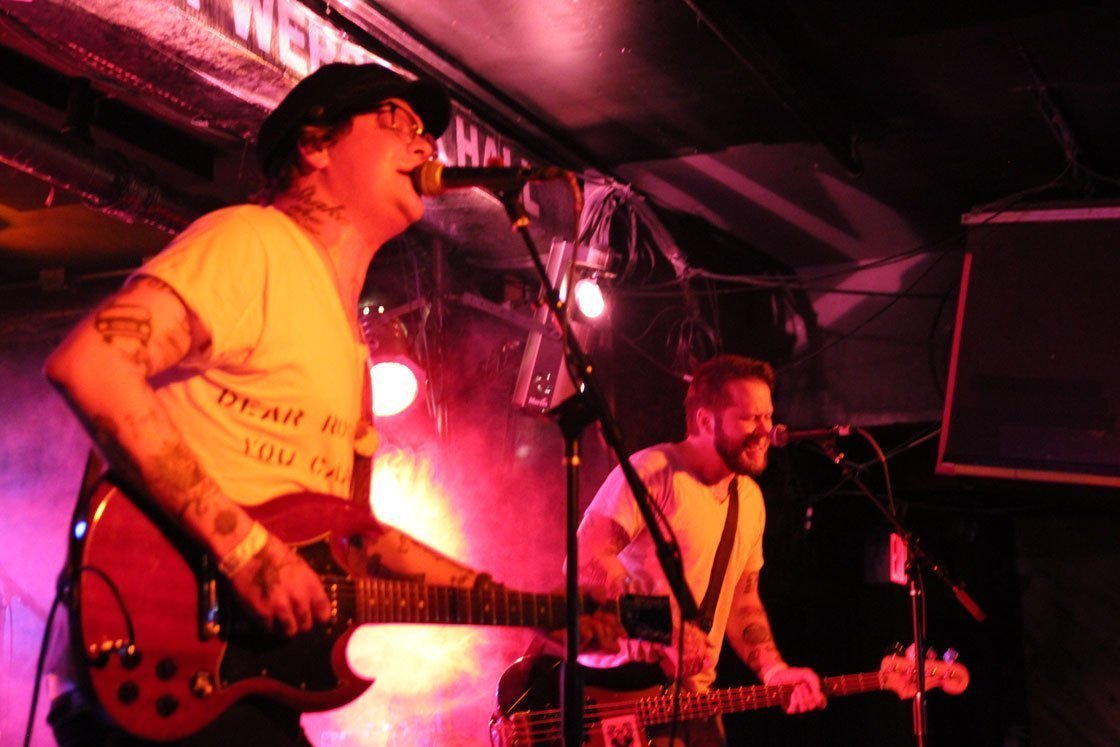 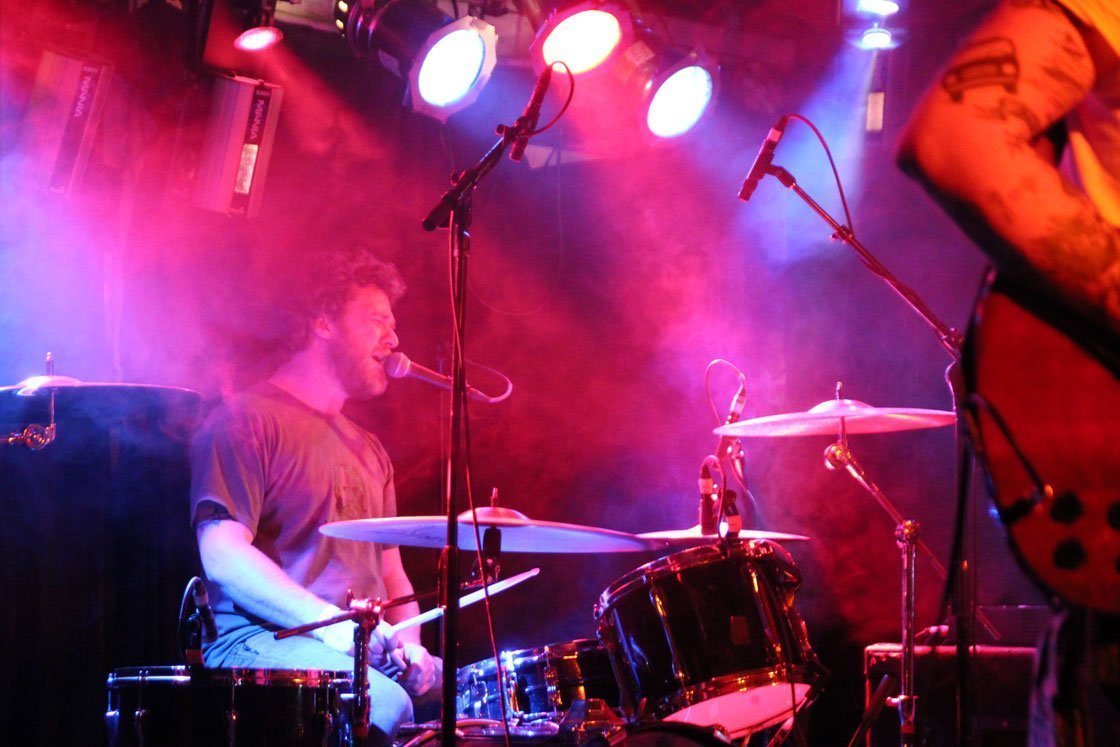 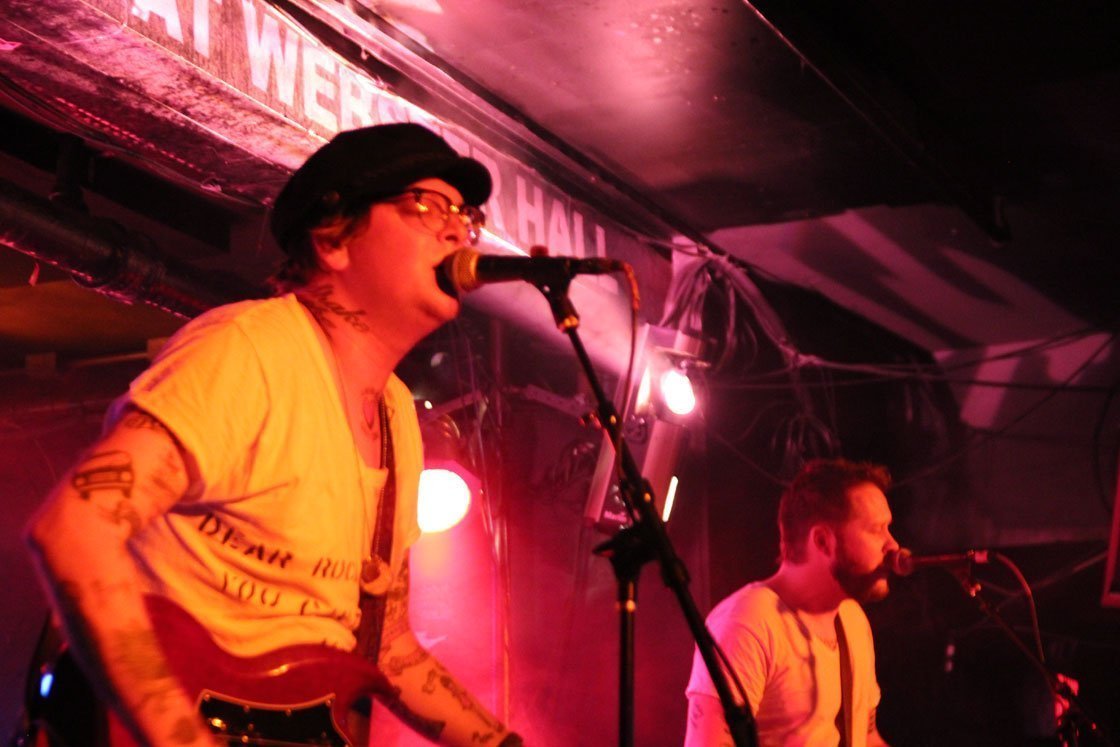 Special thanks to Rob Peters as co-photographer.