The tune is a frenetic mix of distortion-driven guitar riffs, pounding drums, and Black Francis' unique vocal delivery. In addition to the new track, the band has also announced European tour dates.

Head Carrier is scheduled to be released on September 30, 2016. Pick it up through the band's webstore. It'll be their first new album since a series of EPs from 2013-2014 that were re-packaged as Indie Cindy.

For more music, news, and tour information about the Pixies, check out their Zumic artist page. 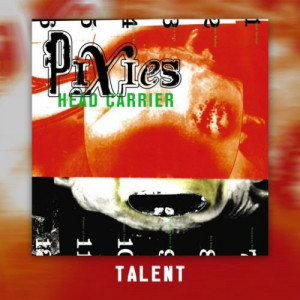 "Talent" - Pixies [YouTube Audio Single]
Music Alt Rock Indie-Rock Pixies Audio Single Boston, MA
1
554
Back to top
You must be logged in to upvote things.
Registration and login will only work if you allow cookies. Please check your settings and try again.