Katy Perry has released a creative lyric video for her new single "Unconditionally," set to appear on her brand new album Prism on October 22nd. Starring models Janell Shirtcliff and Erika Lander, the video is in bold black and white, distancing itself from Perry's typical neon bubblegum visual tone. A woman sings the lyrics as they visually fade in and out, reaching an anguished listener. The bleak, emotional visuals seem to be a symptom of the song's somber tone, which is more adult in contrast to Perry's typical output.

Watch the video, and stream the rest of Prism on Zumic. 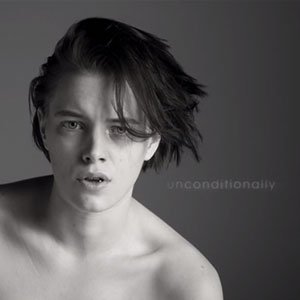