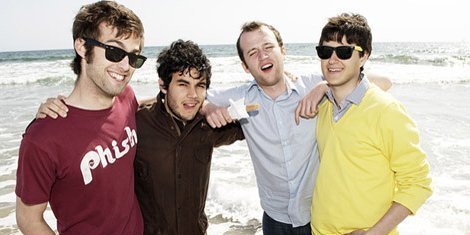 Vampire Weekend have announced on their Facebook page that they will add 10 more shows to their current tour. The tour is in promotion of their latest record, Modern Vampires of the City, which debuted at #1 on the Billboard charts, and moved nearly 10,000 units on vinyl in its first week. The album is also the band's second consecutive #1 record after 2010's Contra.

The band's tour with the addition of the new dates can be viewed below, and tickets can be purchased on Vampire Weekend's official website. Pre-sales begin this Wednesday, the 26th, starting at 10:00am.