You want the life Action Bronson has. After getting high in his apartment in Queens, Bronson heads over the two Michelin star winning restaurant Marea. With him came his friend and associate Big Body Bes as well as a Vice camera crew. Bronson is given a tour of the whole restaurant by Head Chef Michael White, including some of the fish they were going to be eating that night. Specializing in seafood, Marea is renowned for being one of the best restaurants in New York. In fact, according to Marea's website, chef White was recently recognized as one of the 40 most influential New Yorkers under 40 by Crain’s New York Business. Having personally experienced the cuisine that Bronson was about the indulge in, I knew that this video was going to be very enjoyable. To quote Bes: "This ain't no Red Lobster shit son."

Hilarity ensures when Bronson and Bes sit down to eat. Classical music lightly plays in the background as the duo boorishly gorge themselves on the world class seafood. Bronson, a chef himself, manages to be eloquent at points, describing some of his favorite ingredients and things he loves about the dishes. Bes unfortunately does not share in his partners culinary fluency, interspersing conversation with anecdotes about sandwiches from the Bronx and shout outs to eating with spoons. Regardless, the video is still amusing. At the end of the video Bronson declares, "This is the time of meal that can't be singled out, to pick the best would be unfair to the meal, this meal was outta control."

This video is the first in a series Vice has dedicated to following Action and his associates to his favorite restaurants. Bronson clearly knows good food, so it will be interesting to see where and with whom the next video takes us. 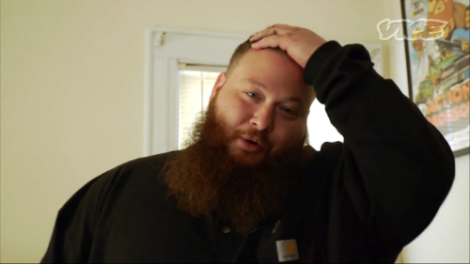 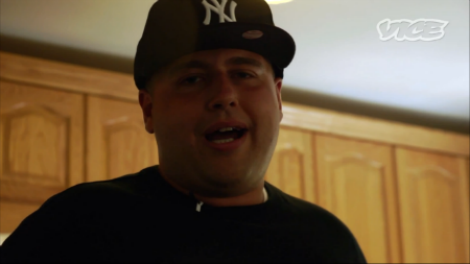 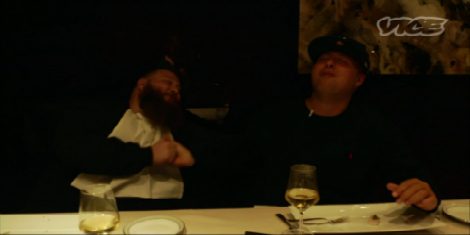