It's been a drought of four years for the indie world, but The New Pornographers' sixth studio album is almost here. Late this summer we'll get Brill Bruisers, the group's first record since 2010, and today we have the official music video for album track "War On The East Coast." It's directed by Thom Glunt, and you can check it out above.

The video follows Pornographers frontman A. C. Newman and fellow vocalist and songwriter Dan Bejar, aloof as they traverse scenes of love and riot. There's something sinister about the pair, Newman gesticulating somewhat madly to the lyrics, Bejar following expressionless as they pass a market being destroyed by mob. It's all set over the Pornographers' trademark quivering textures and a catchy melody, adding up to a song that might prove addictive.

Look for Brill Bruisers, which A. C. Newman describes as "a celebration record" and "sparklier and faster," on August 25th. To hear the title track from Brill Bruisers, head to The New Pornographers' website, where you can also pre-order the album and find the band's latest tour dates for Fall 2014. 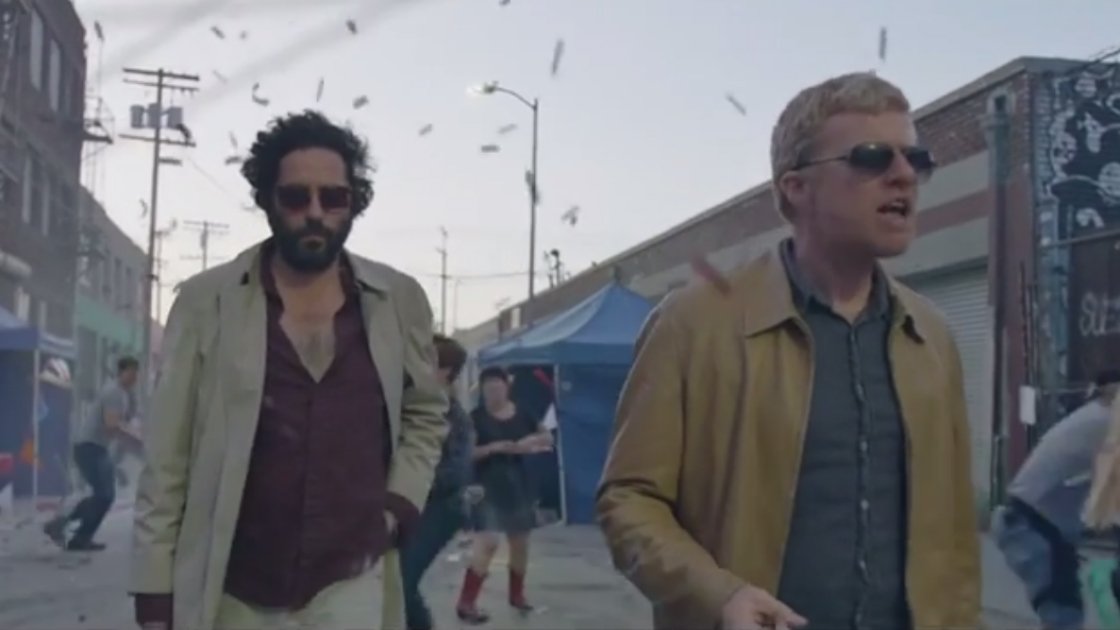 "Dancehall Domine" - The New Pornographers on Conan 10.16.2014 [O...
Music Alt Rock Indie Pop Conan O'Brien Neko Case The New Pornographers Live Performance (Video)
1
1171
Back to top
You must be logged in to upvote.
Registration and login will only work if you allow cookies. Please check your settings and try again.