There is an expression, "the cream rises to the top," which means that the best of something will make it to the top and people will take notice. However, the music industry seems to function in the complete opposite manner.

Here is the latest, and one of the most prominent examples of this. The reinvented Miley Cyrus has taken the world by storm with her new haircut, fascination with twerking, and her new, uninhibited free-spirit-of-hedonism image. Gone is the Disney-pop princess, now is the "more mature" artist whose existence seems to take place only in the shallowest levels of humanity.

In her first performance of the night on Jimmy Kimmel Live!, Cyrus performs her new big single, "We Can't Stop." Wearing what looks like the top half of a football jersey and the bottom half of a one-piece swimsuit, Cyrus sings the song (which took six people to write and was originally intended for Rihanna) while various people do some form of dancing behind her. It is at this point that many people lose faith in the state of music, and some people lose faith in humanity. Once the slow, meaningless exercise of a song is over, the pain stops momentarily.

Unfortunately, things only get worse from there. Cyrus' second performance is the song, "Fall Down." The artist formerly known as Hannah Montana is joined onstage by Will.i.am., one of the few people on the Earth who instantly makes anything automatically worse. As the two strive to make the lowest common denominator fan reach even lower, people around the world just give up on music and start learning about other hobbies.

One of the most painful parts of this Will.i.am "song" is that the music seems to be shamelessly stolen from Ke$ha's "Die Young," which isn't even a year old yet. Seriously? I never thought the day would come when someone would take a Ke$ha song and actually make it worse. At least she (kind of) writes her own music. Maybe. Who cares.

Maybe there will be a day when we don't have to endure these things and pretend that this is the best we can offer the world. I don't expect it will happen any day soon, but until then I'm leaving the radio off. 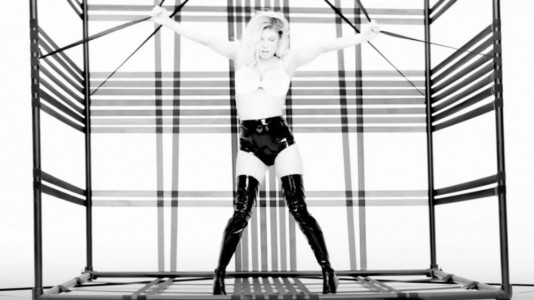 "You Already Know"
Fergie ft Nicki Minaj (YouTube)
Music Hip Hop Pop Fergie Nicki Minaj will.i.am Los Angeles, CA
1
1323
Back to top
You must be logged in to upvote things.
Registration and login will only work if you allow cookies. Please check your settings and try again.