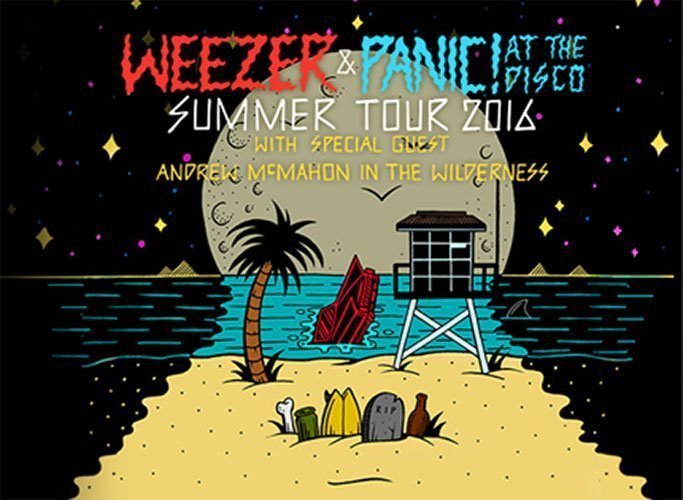 Weezer have announced 2016 tour dates for North America, Europe, and England. In total, 45 concerts are scheduled, beginning with album release concerts in March and extending into August. The opening bands will be Panic! At The Disco and Andrew McMahon in the Wilderness.

When do Weezer & Panic! At The Disco 2016 tour tickets go on sale and what is the presale code?

Sign up for Weezer's email newsletter and Panic! At The Disco's email newsletter before January 18 to receive the fan presale code. On January 19th at 2 PM, The Pandora code will be posted at Pandora.com, where you can also listen to a special mixtape of songs they put together.

The White Album release concerts are a little different. Tickets for the March 30 in Brooklyn, NY went on sale earlier today and sold out quickly. The general public on-sale for the concert in Amsterdam begins January 18 at 10 AM CET, while tickets for the London and Manchester concerts go on sale January 22 at 9 AM GMT.

We suggest you go sign up for your local venue's email newsletter, as well as following them on social media to get the most up-to-date information about additional offers and passwords. Primary tickets are being distributed through Ticketmaster, Live Nation, AXS, and local venues.

Weezer Tour Dates and Tickets Near You

Weezer All Tour Dates and Tickets

Yesterday, Weezer announced they'll be releasing their new self-titled album, White Album, on April 1, 2016. So far, they've shared three songs from it: "King Of The World," "Thank God for Girls" and "Do You Wanna Get High?" You can pick it up on Amazon.

Panic! At The Disco released a new studio album today called Death of a Bachelor. Pick it up on Amazon (CD, MP3). You can also stream the full LP and read our review here on Zumic.

For the latest music, news, and tour dates from Weezer and Panic! At The Disco, check out their Zumic artist pages. 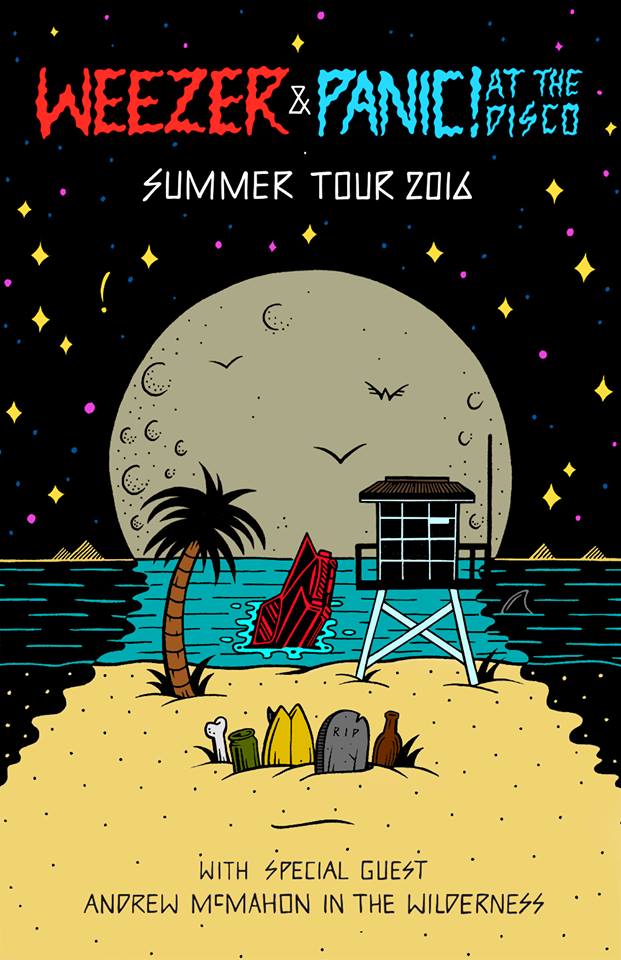 Panic! At The Disco

Music Classic Rock Hard Rock Hits Metal Rock Black Sabbath Weezer Audio Single
2
627
Back to top
You must be logged in to upvote things.
Registration and login will only work if you allow cookies. Please check your settings and try again.