Hot on the heels of Jake Bugg's self-titled debut album last year, he's announced the upcoming release of his second album Shangri La. It's not a reference to any utopia outside Rick Rubin's Malibu studio - Jake recorded this second album there. As reported on NME, Jake Bugg does say of the studio, "It feels like its cut away from civilization." He added that it "felt right" to name the album after the studio.

You can watch the video for the first single "What Doesn't Kill You." The album was produced by Rick Rubin and features Jason Lader on bass, Matt Sweeney on guitar, and Pete Thomas of The Attractions on drums. Shangri La is available November 18th via Mercury Records. 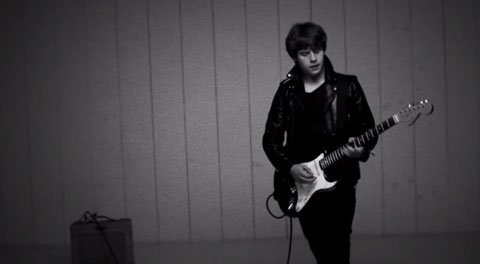 "Love, Hope and Misery" - Jake Bugg [YouTube Official Music Video...
Music Indie Pop Jake Bugg Nottingham, GB Official Music Video
1
787
Back to top
You must be logged in to upvote things.
Registration and login will only work if you allow cookies. Please check your settings and try again.