FIDLAR usually make loud music that praises rowdy behavior and the consumption of intoxicants. But in honor of Elliott Smith, who died ten years ago on October 21st, the band has released a cover of his "Whatever (Folk Song in C)," marking their quietest and sweetest song to date.

The cover, which sounds like it only features frontman Zac Carper and guitarist Elvis Kuehn, is remarkable for its uncanny resemblance of the original. Carper nails his Elliott Smith impression (even the way his voice cracks when singing "lo-o-ong time"), and the lo-fi recording perfectly reflects Smith's own predilection for using basic four-track recorders. The only thing that's left to be desired is FIDLAR's timing, as they posted "Whatever (Folk Song in C)" on their Tumblr a week after the tenth anniversary, adding "woops… totally forgot to post this… RIP Elliott Smith. :_("

Check out FIDLAR's pair of hilarious Funny or Die videos, "A Manly Day In The Life Of Nick Offerman" and "Cocaine." 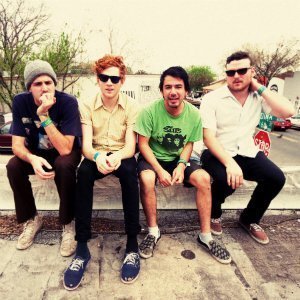 "Are You High?"
FIDLAR (YouTube)
Music Garage Rock FIDLAR Official Music Video
4
1205
Back to top
You must be logged in to upvote.
Registration and login will only work if you allow cookies. Please check your settings and try again.