When you talk about "When The Levee Breaks," you're talking about one of the deepest and most awesome grooves in rock history. This recently released studio outtake is a fresh new look at how the song came together in the studio, and will be available on the upcoming deluxe re-issue of the band's Coda album. Listen above, via Rolling Stone.

The label is actually a little misleading. This isn't so much a "Rough Mix" as it is a completely different take. The band released a true "Rough Mix" of the song last year when they re-released their 4th album (arguably the greatest rock album of all time):

The god-like veneer of Led Zeppelin is being slowly peeled away, as we can see the very human process behind the music they made. Devoted fans will enjoy the different perspective of the song, which has different lyrics and much looser performances from all the members. It's certainly not as good as the classic album version, but it's got a certain organic quality to it that's pretty enjoyable.

The deluxe re-issue of Coda will be available on July 31. Pick it up on Amazon. 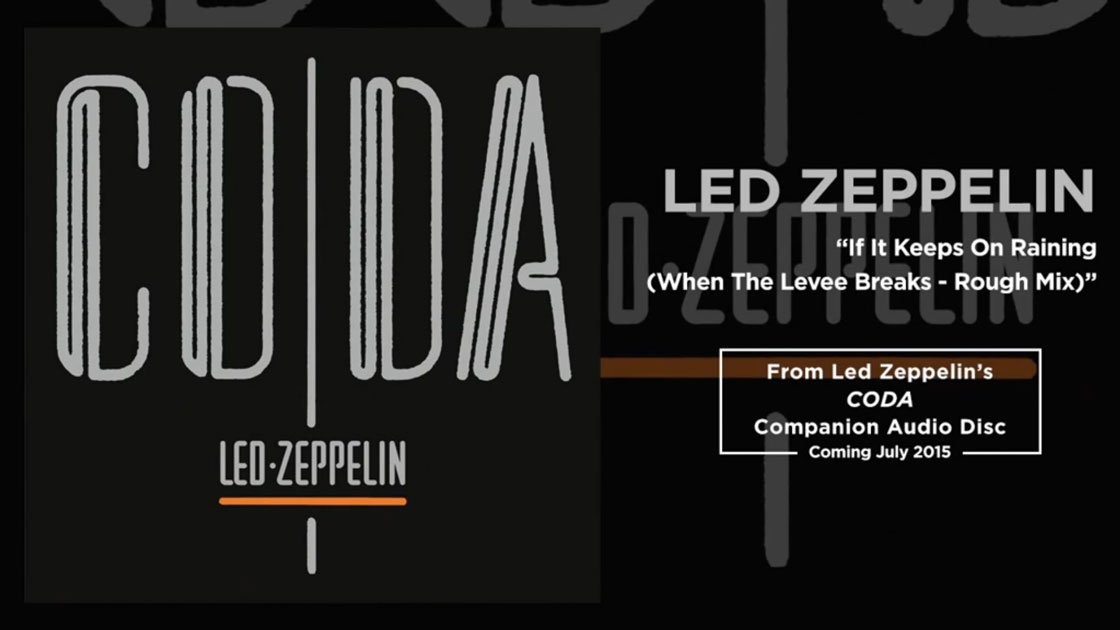