"Why'd You Only Call Me When You're High?" - Arctic Monkeys [YouTube Official Video]

WARNING: MUSIC VIDEO MAY BE INAPPROPRIATE FOR YOUNGER OR MORE SENSITIVE VIEWERS DUE TO SEXUALLY GRAPHIC IMAGES

The Arctic Monkeys upcoming album, AM, is set to be released on September 9. It could be their best yet.

Musically, it's a departure from the hard indie rock we've come to expect from the Arctic Monkeys. The tempo is slower and the grooves are funkier. In an interview with NME, Alex Turner has said:

It sounds like a Dr Dre beat, but we've given it an Ike Turner bowl-cut and sent it galloping across the desert on a Stratocaster... It sound less like four lads playing in a room this time. Essentially, that’s what it is, but if you can find a way to manipulate the instruments or the sounds to the point where it sounds a bit like a hip-hop beat that’d be boss in your car, then I think there’s something quite cool about that.

This video is quite humorous, albeit with a very dark edge. Turner's hallucinations are extremely bizarre and sexual. Perhaps a lesson that it's not always the best idea to rip shots of liquor so late in the evening, as tempting as it might be. 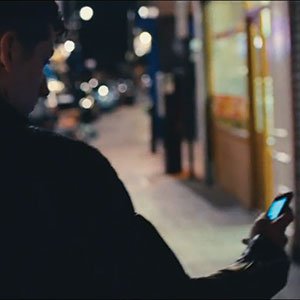 Arctic Monkeys Add 2018 Tour Dates: Ticket Presale Code & On-Sale...
Tickets Garage Rock Psychedelic Rock Rock Arctic Monkeys
4
7166
Back to top
You must be logged in to upvote.
Registration and login will only work if you allow cookies. Please check your settings and try again.