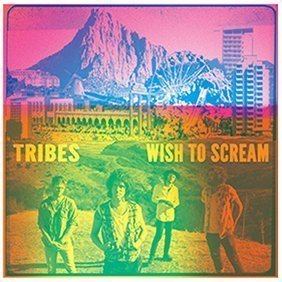 If you like bands that play good old fashioned folk rock with guitars, real drums, and NO SYNTH, then you will probably really like this album by Tribes called Wish To Scream, which has shades of other British pop-rock bands like Oasis and The Kinks:

Wish To Scream is officially due out on May 20th. Click here to check out the band's official page where you can pre-order it as a CD, Deluxe CD, and Vinyl LP.

Tribes will be touring the UK immediately after the album release. Here are their tour dates and ticket info: