"World Peace is None of Your Business" - Morrissey [YouTube Promo Video]

Morrissey has released the titular track off his long-awaited tenth studio album, World Peace is None of Your Business. To accompany the song is a promo of sorts rather than an official music video, where he scornfully recites the lyrics to the song over some jazzy piano. The video features an incognito Nancy Sinatra, who brings him a briefcase full of flowers and a lyric sheet before he steps up to the mic.

After enduring trouble finding a record label, this will be Morrissey's first album since 2009's Years of Refusal. It's set for a July 15th release on Harvest Records.

You can stream both "World Peace" and "Istanbul" (another track from the upcoming album) via Spotify. 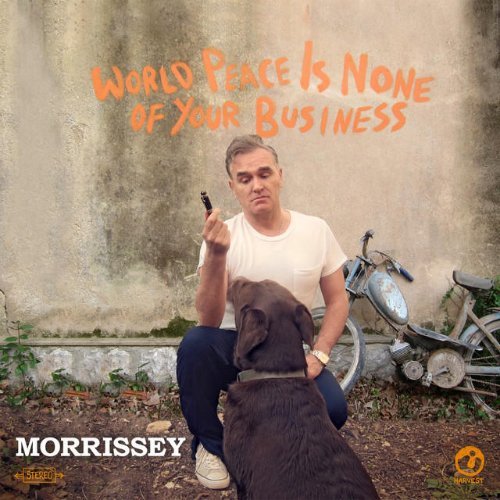 Morrissey Plots 2019 Tour Dates: Ticket Presale Code & On-Sale In...
Tickets New Wave Rock Morrissey The Smiths
2
1276
Back to top
You must be logged in to upvote things.
Registration and login will only work if you allow cookies. Please check your settings and try again.