Kanye West elevates his hip-hop sound to new heights on his latest album, Yeezus. The sounds of the record are a far cry from the rapper's previous albums, featuring elements of electronic, reggae, and rock in one bunch. Tracks such as "New Slaves" and "Black Skinhead" showcase Kanye's growth in beat selection and lyrics. "New Slaves" touches on the harsh realities of being inferior in the business market of fashion. "Black Skinhead" meshes rock and hip-hop impressively, with production that fans of both genres could appreciate.

The saturated sounds that have been heard in hip-hop at the moment are given a backseat with this record. Kanye's ability to rap over the peculiar beats featured on Yeezus makes it a great body of work. Rick Rubin and Daft Punk providing production on the album is the ingredient behind the magic. Whereas Kanye's previous album had a rich sound, Yeezus has an imperfect style making it more interesting with each listen. There aren't any big name cameos featured, either, placing full focus on the lyrics of the Chicago rapper. 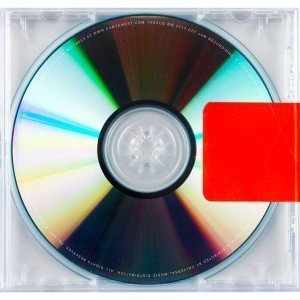