Smith Westerns offshoot Whitney have shared a new song from their upcoming demo compilation, titled Light Upon The Lake: Demo Recordings, which is scheduled to be released on November 10. Check out "You and Me" above, courtesy of Secretly Canadian's YouTube channel.

Marked by a flawlessly tight guitar groove and a wistfully acoustic chorus, the upbeat tune is pleasing and precise. Colored by Julian Ehrlich's ethereal vocals, the lyrics poeticize on lost love in a refreshingly simple fashion.

"You and Me" is the only previously unreleased original on the forthcoming LP, and offers "a fresh, unexpected glance into Whitney’s past creative headspace," according to a statement on the Secretly Canadian webstore. The tracklist also includes a cover of Allen Toussaint's "Southern Nights." All of the remaining demos were developed to be a part of the group's 2016 debut album Light Upon The Lake.

Pre-order a copy of Light Upon The Lake: Demo Recordings on the Secretly Canadian webstore. Whitney is currently on tour in North America. For concert tickets and more, check out Whitney's Zumic artist page. 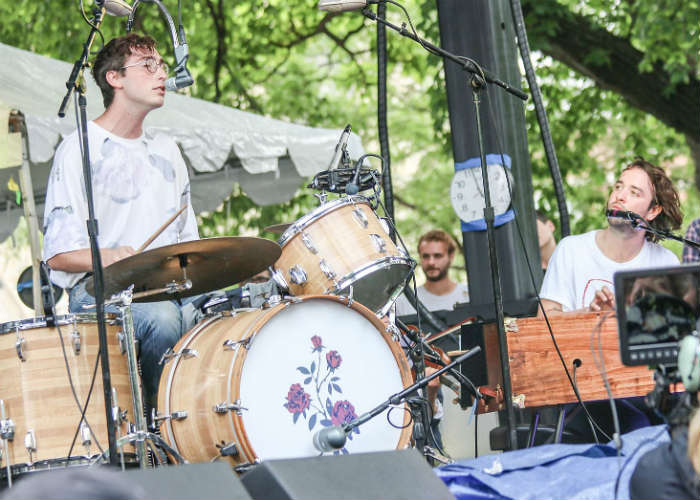