Mac Miller gives viewers a look into his performing life while on the Space Migration Tour, with his video for "Youforia." The mellow track off his latest album, Watching Movies with the Sound Off, showcases the Pittsburgh lyricist's singing style rather than his rap one. "And when you look in my eyes the pain goes away, euphoria you feel so damn good," he sings over the smooth production, which sounds like Sade could vocalize over.

The footage from Miller's tour in the video goes perfectly with the song's content, with scenes of the rapper having the time of his life on the road. Visuals of keyboard playing, excited fans in the crowd, celebrations on stage, and backstage fun are all included. "For those who want to see visuals of Miller's darker style, check his video for "The Star Room."

If you missed his past tour, you can see Mac Miller currently on Lil Wayne's European tour. Watching Movies with the Sound Off is on iTunes now. 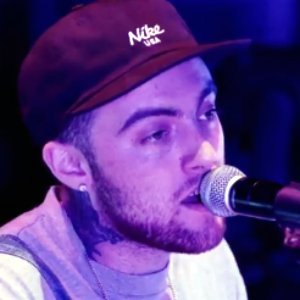