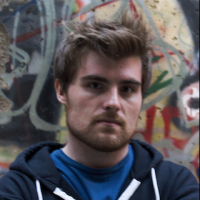 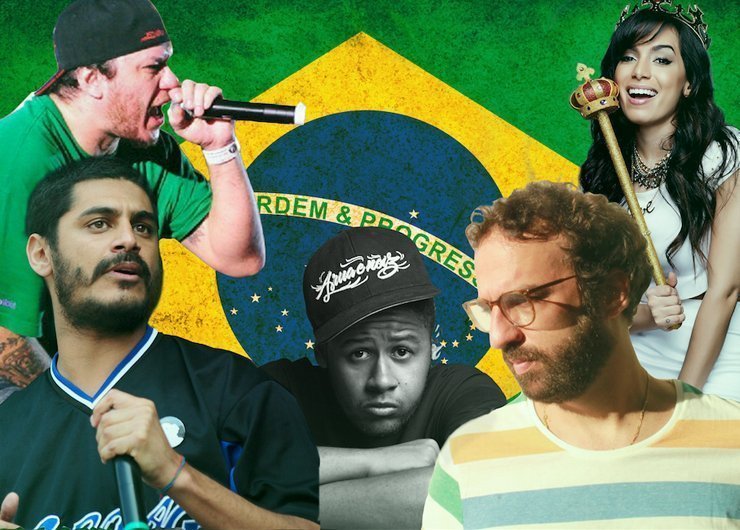 When the subject is Brazilian music, you’ll probably think of samba or bossa nova, right? That's fine, but there's so much more good Brazilian music out there. With the upcoming 2014 World Cup and 2016 Olympic games, Brazil is getting more attention on the world stage. Being from Brazil myself, I want to take this opportunity to share some of the best music from the green and yellow nation.

Turn up the volume and enjoy our selection of Brazilian music.

The Brazilian rapper Emicida blew up in 2008, with his single “Triunfo” (Triumph). Always bringing polemic themes on his songs, Emicida is considered one of the most promising artists in Brazil.  The Creator’s Project called him “The Jay Z of Brazil” after he performed at Coachella a few years ago.

The soul and rap singer Criolo gained worldwide attention with his second album, “Nó Na Orelha,” issued in 2011. Before he became famous, Criolo was known as the founder of “Rinha dos MC’s” (name in reference to the Rap Battles) in São Paulo.

Former vocalist of Planet Hemp, Marcelo D2 started his solo rap career in 1998 with the album Eu Tiro É Onda (I make fun). Performing all around the world, he has recorded songs with renowned artists like Aloe Blacc and will.i.am.

With smooth and contagious music, Vanguart is something that you don’t want to miss. The indie rock band was formed after the vocalist, Hélio Flanders, had seen an Andy Warhol movie and started composing in his bedroom.  Their last music video “Meu sol” (My sun), directed by Ricardo Spencer, captures the perfect time to listen to those guys: a summertime barbeque, or as we say in Brazil, churrasco.

The northeastern culture in Brazil has a unique touch of atabaques, zabumbas and alfaias, percussion instruments that help Chico Science e a Nação Zumbi compose what they call “Manguebeat Movement” - combining rock, hip hop, and maracatu. In 1997, the band lost frontman Chico Science in a car accident at the age of 30. Nação Zumbi (Zombie Nation) have continued to record and tour after Chico Science’s death.

“Meu Novo Mundo” (My New World) is the first single of Charlie Brown Jr.'s 2013 album La Família 013. The song was released a couple of days before the singer and founder of the band, Chorão, tragically died, causing the fans to listen heavily it on radios for the following months. One year later, the bass player, Champignon, was found dead in his apartment, resulting in the end of the band.

If you go to a club in Brazil, you will probably move your body to at least one of Anitta’s songs. Before she became famous worldwide with “Show das Poderosas,” Anitta began her career singing in a church choir.

Cansei De Ser Sexy literally translates as “I Got Tired Of Being Sexy,” and was formed after a group of friends had seen an interview where Beyoncé declared she was tired of being sexy. The band was scheduled to play at Chicago’s Lollapalooza in 2007, but after an overbooking error, they got struck in LaGuardia airport.

Ok, it’s time to samba! João Nogueira passed away at the age of 58, in the year of 2000. But before he left this world, he was known as one of the greatest samba players in Brazil. His music has been recorded by many artists, including his son Diogo Nogueira.

Marcelo Camelo is best known as former song writer and guitarist of the Brazilian rock band Los Hermanos. But after the band took a break, he embarked on a solo career, debuting with the album Sou. His first single was “Janta,” sharing the vocals with his girlfriend, Mallu Magalhães.

These were just a small sampling of the popular music in Brazil these days. Take advantage of the World Cup atmosphere and get in the rhythm of Brazil.