It's been a couple years since FIDLAR released an album, but we're excited to say that's about to change. The band's sophomore record, Too, is expected to release in early September of this year, but until then, they're keeping us entertained with singles such as "40oz. On Repeat." Even if FIDLAR isn't your cup of tea, the music video itself is still a hilarious must-see.

Most of FIDLAR's songs tend to lean toward the surf-bum lifestyle and "40oz. On Repeat" proves no different. They question their social skills and ability to make money, then shrug off responsibility, singing, "I’m gonna lock myself inside my room, with this 40 ounce on repeat." The song is self deprecating and playful, with a chorus resembling music from a jack-in-the-box. The video is even more amusing. Poking fun at music from the past decades, the band recreates old videos from artists such as Britney Spears, Eminem, Weezer, and Oasis (see the full list above in VIDEO REFERENCES).

“We could have made record number one again… but instead we decided to challenge ourselves and admit that we don’t know everything,” said guitarist and lead vocalist Zac Carper. “Up until this point we had recorded everything ourselves, so working with a producer taught us so much. I didn’t want to make a standard rock record. The goal for this album was to think outside the box and I think Jay really helped us do that.”

In addition to the album announcement, FIDLAR provided a taste into what can be expected from Too, with a music video for the album’s leading track and first single 40oz. On Repeat. Directed by Ryan Baxley, the must-watch video is a hilarious Be Kind Rewind tribute to past music video masterpieces, sure to conjure loving nostalgia for anyone who came of age during the glory years of MTV’s afternoon video countdown show Total Request Live. “In the late 90s and early 2000s, music videos were such a huge deal,” adds Carper. “We decided that instead of making one overly slick music video, we would nod to 15 of our favorite music videos that we grew up with. Everyone in the band threw in their ideas.”

Too is available for pre-order on their website (which also has a sweet GIF maker for this music video) and iTunes.

FIDLAR's 2013 self-titled debut record is available on Amazon (Vinyl, CD, MP3). You can also stream the album for free and read our review here on Zumic. 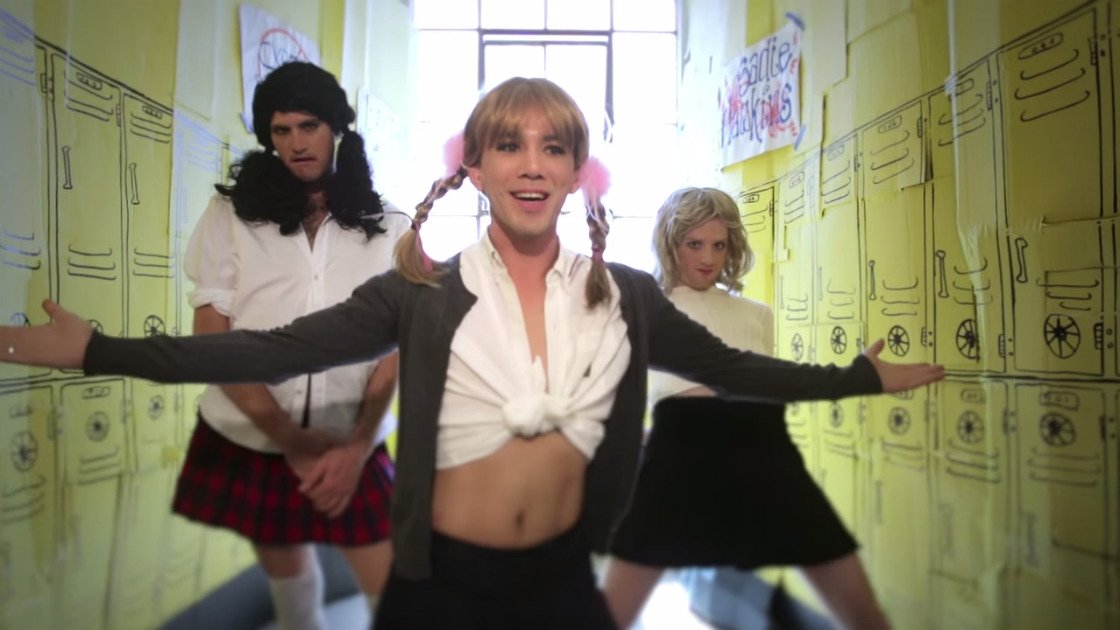