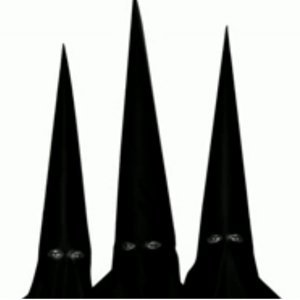 After a number of rumors and leaks about the video for "Black Skinhead" by Kanye West, Ye has finally released the official version. The video is "interactive," well, you can speed it up and slow it down, so interactive in a, you-can-share-screenshots-and-giggle-at-making-West's-voice go-really-low, kind of way.

The Nick Knight directed video is dark, as we anticipated, and features a West avatar twisting and turning, morphing into a spiky, monster-like thing, miming Jesus on the cross, and dancing into the ever-present black shadows. The cursor is a middle-finger wielding hand, which is very skinhead appropriate, and we can catch glimpses of intimidating white-eyed dogs in the background.

The video is a little weird, but also kind of impressive. It looks like it was made using old CGI technology, the kind that was used in video games a decade and a half ago.

You can "interact" with the video at Kanye West's website. Fun fact: Nick Knight's first published book of photography was titled Skinheads, and was released in 1982. Maybe West's collaboration with Knight on the video was in West's head from the start. 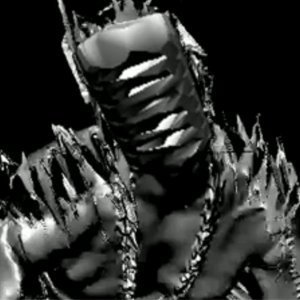