If you watched Eminem and Rihanna's "The Monster" video and thought, "WTF is going on?" then allow this YouTube video to explain it step-by-step for you. The video shows some behind the scenes footage of "The Monster" music video and intersperses it with clips from a voicemail left to Eminem by his manager, Paul Rosenberg. In it, Rosenberg explains his concept of the shoot: Eminem dozes off during a session with his therapist (played by Rihanna), and is haunted by memories of his past iconic videos and live performances. The video is capped off symbolically with Eminem seeing a rabid version of himself that feeds off his fame. The behind the scenes video confirms the Inception reference in "The Monster" and showcases some of Em's great sense of humor with a hilarious Elton John impersonation.

You can watch the official music video for "The Monster" here on Zumic.

Eminem and Rihanna will embark on their three-city tour this August. To find out more about Eminem's latest music and videos, visit his Zumic artist page. 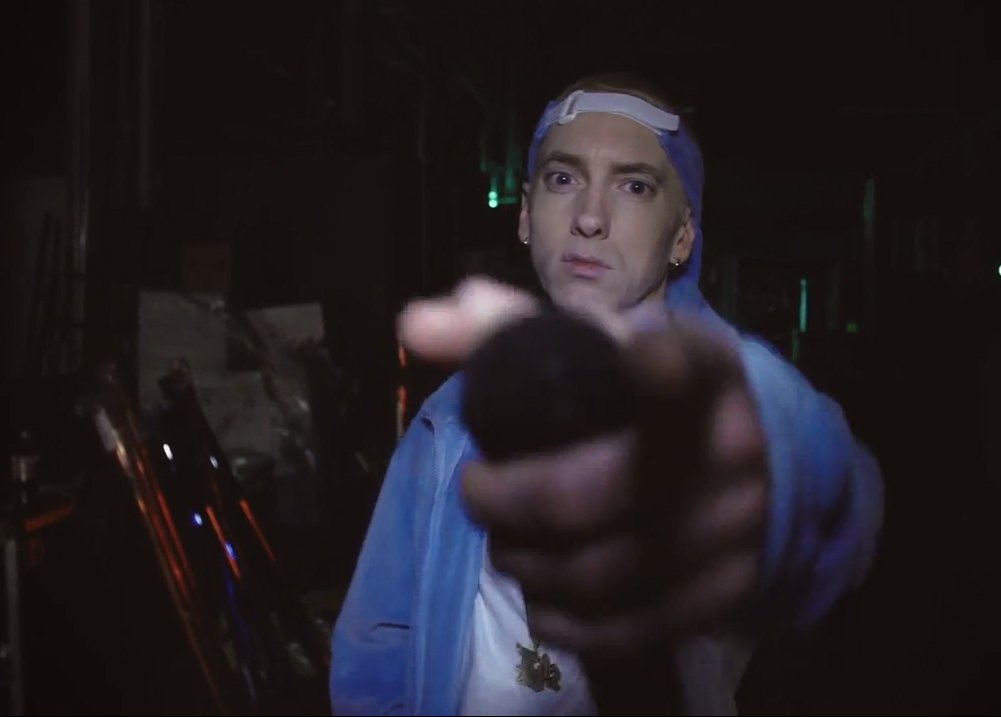 "Walk On Water"
Eminem ft Beyoncé (YouTube)
Music Hip Hop Beyoncé Eminem Detroit, MI
4
1369
Back to top
You must be logged in to upvote things.
Registration and login will only work if you allow cookies. Please check your settings and try again.