Kanye West sat down with BBC Radio's Zane Lowe for an interview at Abbey Road studios.

It's an insightful first-hand look at Kanye, as he defends his album Yeezus from critics and explains why he's so angry. It's a must watch for both the Kanye fan and the Kanye hater, as he opens up and gets pretty emotional by the end of the interview. Especially when he makes a point to say that rap artists are the new rock stars, and he's the biggest one. 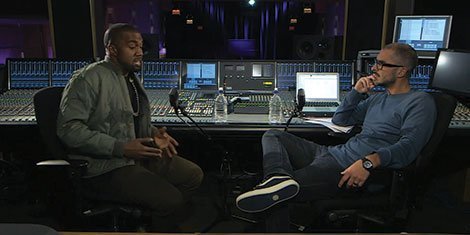