A$AP Rocky bears more resemblance to a God-fearing minister than to a hip-hop star on "Phoenix," a track from his 2013 debut album, Long. Live. ASAP. Emmy-nominated director Francesco Carrozzini depicts the rapper as an omnipresent figure narrating the story of violent passion, which results in domestic abuse. Rocky told MTV News, "This tale of a Phoenix is it dies and is reborn in its own ashes. So metaphorically we wanted to manifest that into my video."

With the help of a star-studded cast including actor Michael K. Williams (The Wire, Boardwalk Empire) and supermodel Joan Smalls, A$AP now has a dark, cinematic visual to go along with the haunting audio. Speaking to the video's objective, Rocky told MTV News, "They don't expect the average...me with my gold teeth and swag, it's just really about a life message."

If you enjoyed A$AP's style on "Phoenix," visit iTunes to purchase other tracks from Long. Live. ASAP. Check out his Zumic artist page to see a full tour schedule. 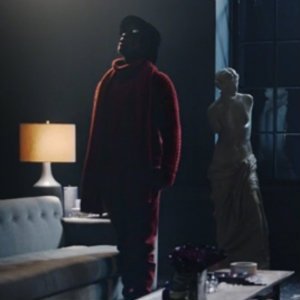