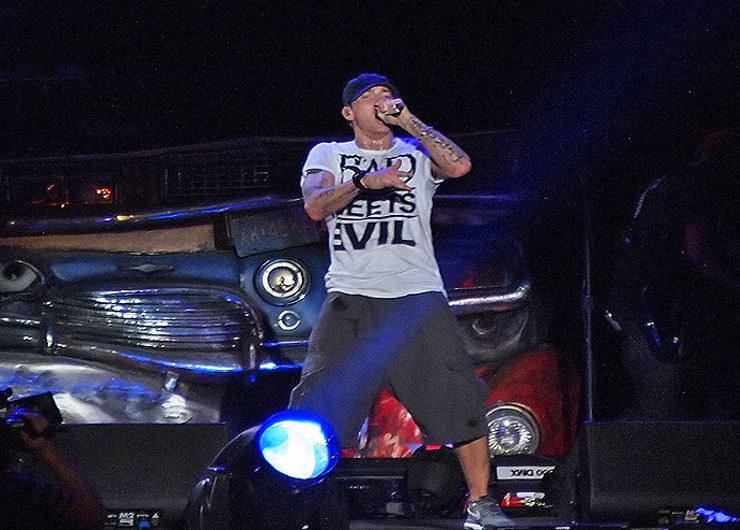 Swedish streaming service Spotify has made key press announcements this week, most notably that their reigning champion of music streaming is The Marshall Mathers LP 2 rapper Eminem. The Detroit-based hip hop artist is joined at the top of the music service's charts by Rihanna, who comes in as the top female artist. The two have previously collaborated on hits "The Monster" and "Love the Way You Lie." They will be teaming up for The Monster Tour which is kicking off August 7th with four shows in Pasadena, California. So far only ten shows in three locations have been announced including two in East Rutherford, New Jersey on the 16th, and four in Detroit, Michigan on August 22nd.

Even with their individual successes, the duo falls behind Avicii for most streamed single. "The Monster" has brought in 137 million steams via Spotify. It clocks in at nearly 100 million less than the most streamed single on the service,  Avicii's "Wake Me Up," which is leading the pack with 235 million streams.

The service has also announced a handful of new milestones they've achieved since their establishment in 2008, including reaching 40 million active users. A quarter of these users are paid subscribers, all across 56 different markets.  According to Spotify CEO and founder Daniel Ek, this is only the beginning. “We’re widening our lead in the digital music space and will continue to focus on getting everyone in the world to listen to more music.” An infographic Spotify released detailing their recent achievements can be found on Spotify's official website.