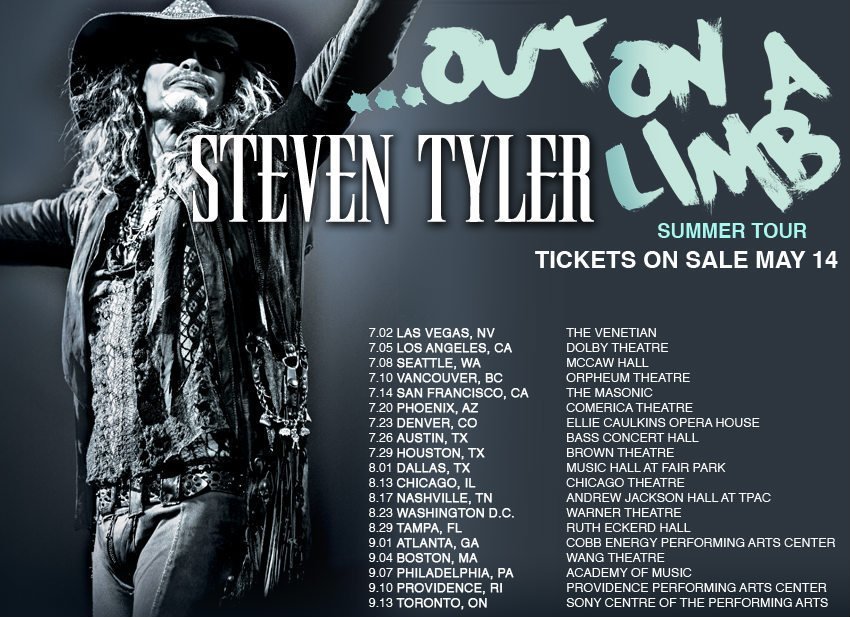 Aerosmith frontman Steven Tyler has added additional summer concerts to his Out On A Limb tour. The new dates have been set for July, August, and September. No opening act has been announced at this time.

In an interview with USA Today, Steven talked about the upcoming tour and what to expect:

What would I not pay to go see [Paul] McCartney, but instead of playing with whoever he's with now, actually do where he tells you what he was thinking when he wrote "Yesterday?"... That's what I'm doing. I figured I'd talk about "Sweet Emotion" and "Dream On" and where I was when I wrote it, and "Seasons of Wither" and how I played it

Tyler's backing band for these shows will be Nashville-based group Loving Mary. The shows will consist of Steven reworking Aerosmith classics in more of a country style and sharing stories behind the band's biggest hits. Here's another quote from the USA Today interview:

It's a full-on country feel... People ask me, 'Why'd you go country?' It was almost a shoo-in. I always wanted to do Everly Brothers... It really is beautiful getting out there and singing with a band, where I can look at all the guys and go, 'Stop playing right now' and we'll just sing a cappella. I've never been in a band like that, so it's a whole new thing for me.

When do Steven Tyler 2016 Out On A Limb tour tickets go on sale and what is the presale code?

The Live Nation code is FRONTROW and the LN Mobile App password is COVERT. For the Citi cardmember presale, you can try the presale code 412800, but you'll probably need a Citi card to complete your purchase.

Keep in mind, each date can be different and details are subject to change. Click the links above for the show you're interested in.

Tyler also has a country album due out later this year, produced by T Bone Burnett. Earlier this year, he released the single "Red, White & You."

For the latest music, news, and tour dates from Steven Tyler, check out his Zumic artist page. 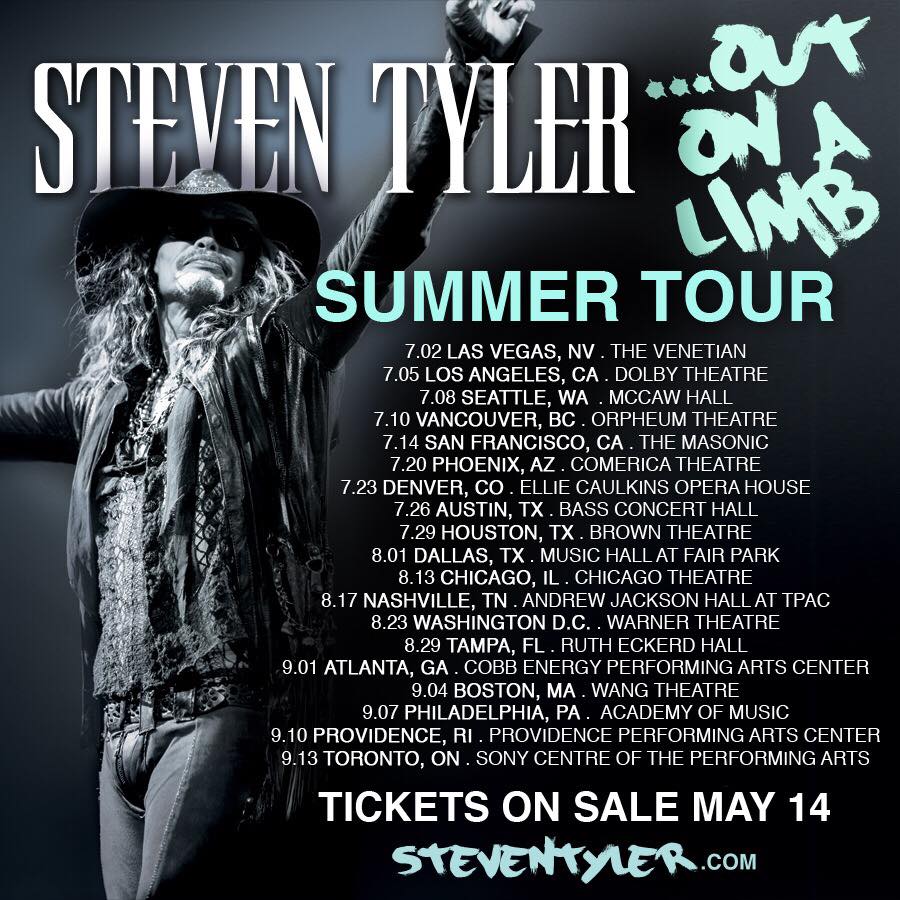 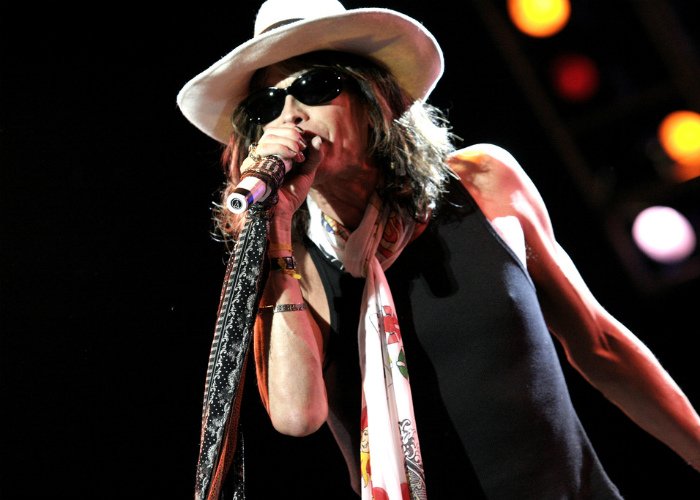