Twenty years after MTV's iconic Nirvana "Live And Loud" set from 1993, you can watch the soundcheck for "Very Ape" and "Radio Friendly Unit Shifter." It is revealing and entertaining in a way you that the final performance could not be. Early on in the video for "Very Ape" you'll see Kurt make full use of Grohl's drum kit. Hitting the cymbals, pumping the foot pedal setting the rhythm, he does so with the composure of a dancer. It's a mesmerizing thing to watch.

With deadpan delivery, Kurt opens soundcheck on "Radio Friendly Unit Shifter": "Should we play now? We're just gonna stand here until someone tells us to play." He stares out and gets his cue; Nirvana breaks into a lo-fi distortion of radio-friendly rage. Watching this video, I love seeing a young, clean-shaven Dave Grohl beating the shit out of those drums, and just plain killing it.

As reported here on Zumic, Universal Music has officially released an In Utero deluxe box set that includes the original In Utero CD remastered at Abbey Road Studios, a 2 CD deluxe edition with B-sides and rarities, and a DVD of the "Live and Loud" concert. You can purchase it on Amazon. 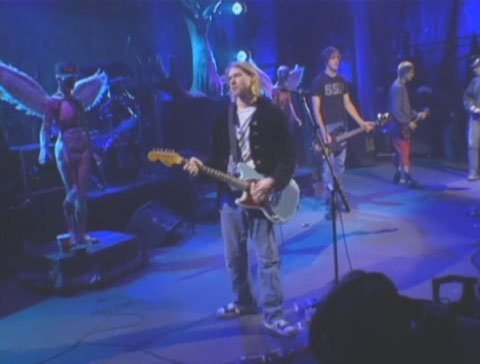 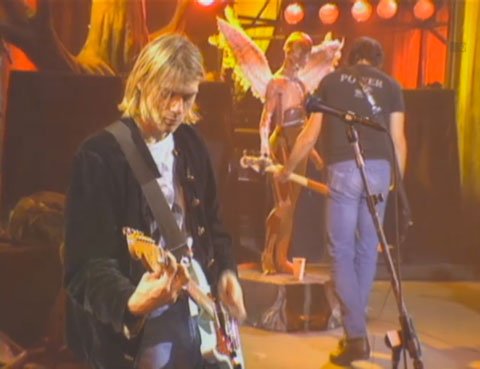 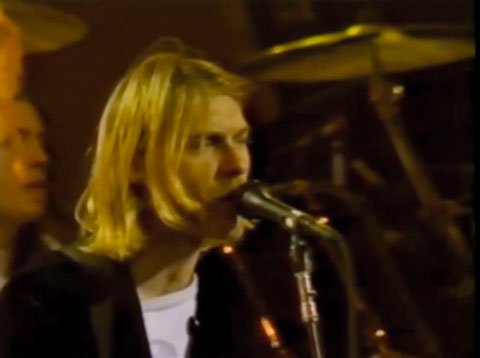 "In Bloom" - Sturgill Simpson (Nirvana Cover) [YouTube Official M...
Music Alt Country Grunge Nirvana Sturgill Simpson Kentucky Nashville, TN Official Music Video
1
1277
Back to top
You must be logged in to upvote things.
Registration and login will only work if you allow cookies. Please check your settings and try again.