The album reflects Björk's breakup with filmmaker Matthew Barney. The two were together from 2000 to 2013, and have one child together. On Bjork's Facebook page, she left a lengthy message touching on that subject, as well as thoughts about the new album:

I guess I found in my lap one year into writing it a complete heartbreak album. Kinda surprised how thoroughly I had documented this in pretty much accurate emotional chronology, like 3 songs before a break up and three after. So the anthropologist in me sneaked in and I decided to share them as such. First I was worried it would be too self indulgent, but then I felt it might make it even more universal. And hopefully the songs could be a help, a crutch to others and prove how biological this process is: the wound and the healing of the wound. Psychologically and physically. It has a stubborn clock attached to it.

There is a way out.

And then a magic thing happened to me: As I lost one thing something else entered. Alejandro contacted me late summer 2013 and was interested in working with me. It was perfect timing. To make beats to the songs would have taken me 3 years ( like on Vespertine ) but this enchanted arca would visit me repeatedly and only few months later we had a whole album!!! It is one of the most enjoyable collaboration I have had!

I then went ahead and wrote string and choir arrangements and recorded them in Iceland.

And whom else to lure into singing with me my worship-of-love-song "Atom Dance" than my goddess of love: Antony?

Towards the end of the album I started looking around for a mixing engineer and was introduced by a mutual friend of ours, Robin Carolan to the Haxan Cloak. He mixed the album and also made a beat for one half of "family." Together with Chris Elms the engineer we kinda formed a band during the mixing process and this is the album we made!!!

I do hope you enjoy it.

I also would like to thank Robin , his generous approvals gave me more courage to complete this as is.

And my group of songswapping / dj friends: the right tune can truly cure: ta for those sonic ointments.

But most of all I would like to thank my team : James Merry, Derek Birkett, and Emma Birkett. Rosemary and Elisa. This album could not have been done without you

The instrumental backbone of the album is strings with electronic beats, which is a return to the sound of her classic 1997 album, Homogenic, which is seen as one of her best works. In an interview with Pitchfork, she explained the inspiration behind writing complex string arrangements and then collaborating with Arca on the beats:

When I did this album—it all just collapsed. I didn’t have anything. It was the most painful thing I ever experienced in my life. The only way I could deal with that was to start writing for strings; I decided to become a violin nerd and arrange everything for 15 strings and take a step further than what I’ve done before. I had like 20 technological threads of things I could have done, but the album couldn’t be futuristic. It had to be singer/songwriter. Old-school. It had to be blunt. I was sort of going into the Bergman movies with Liv Ullmann when it gets really self-pitying and psychological, where you’re kind of performing surgery on yourself, like, What went wrong?

Then I got really lucky. I’m not religious but I must have earned some good karma at some point, because as one thing got taken away from me, Alejandro [Ghersi, aka Arca] came. [smiles, tears up] I don’t want to brag, but I get a lot of requests to work with musicians and a lot of time I say, "I’m very flattered, but it’s not right.” But he approached me almost two years ago, and it was just the most perfect timing ever. I’d just written like a scrillion songs and done these string arrangements, and the subject matter was so difficult that I wanted to move away from it. Then he came on a visit to Iceland, and we just had the best time ever. He’s the most generous, funny person I’ve ever met. It was such a contrast, the most fun music-making I’ve ever had, with the most tragic subject matter. Somehow, he could just take it on.

Seven of the nine songs here are over six minutes each, making this album fittingly deep and epic for a story of love, heartbreak, and healing. What makes Björk special is her complex artistic sensibilities and unique voice. Critics and fans who already love Björk have saluted the ambitious, emotional project, but off-kilter production and painful vocals might make Vulnicura a challenge for casual listeners to make it all the way through.

Pick up Vulnicure on Amazon. You can also stream the full album above, via Spotify. 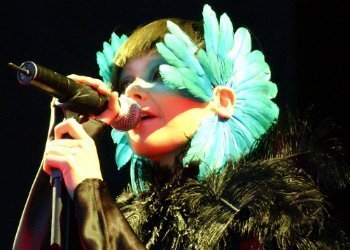 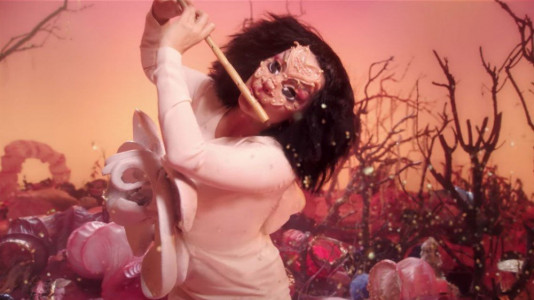 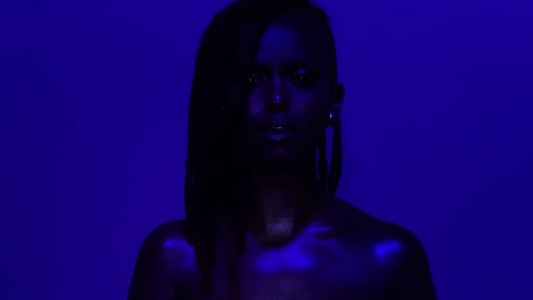 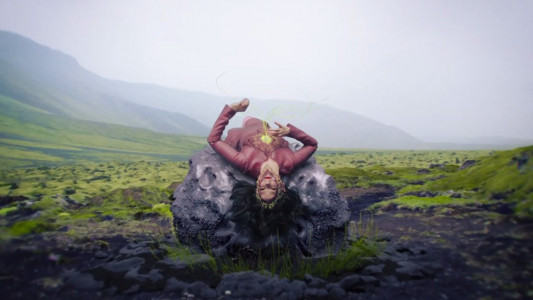