Kendrick Lamar stopped by Hot 97 for a discussion with Ebro In The Morning. The soft-spoken MC was asked a bunch of questions on topics ranging from the inspiration for his most recent album title to Prince, and responded with very intelligent, insightful answers for the interview's 40-minute duration. We decided to extract the things we learned for your knowledge and reading pleasure.

1. The album title To Pimp A Butterfly is not a play on Harper Lee's famous novel To Kill A Mockingbird.

2. To Pimp A Butterfly has several meanings. Kendrick talks about using his celebrity status for good, as well as how the industry treats artists and how the world views urban communities as examples of what the title stands for.

3. To Pimp A Butterfly was written during live instrument-led jam sessions. Kendrick said that he, Thundercat, Terrace Martin, and more, would do 10-15 hours of jamming and he would ink a rough verse. Then they'd come back the next day and bang the track out.

4. There is a video for "King Kunta" coming soon.

5. In response to those who throw out the "instant classic" stamp too soon, Kendrick said, "Let it live a little bit," meaning that he wants people to take time with his work and not be so quick to label records as classics.

6. Kendrick said, "Initially I make my music for people that's in prison, 'cause they have nothing but time to listen to it."

7. Kendrick wrote the lyrics for "Mortal Man" while on Kanye West's Yeezus Tour.

8. The album's naysayers don't bother Kendrick, because he is confident that the music will reach them either way.

9. Kendrick said "i" is the best song he ever wrote because he never thought he would make a positive record coming from where he comes from.

10. The album version of "i" is different from the single version to make it fit in better with the theme of the record.

11. Kendrick says there will definitely be a joint album with J. Cole, eventually.

12. His favorite song, right now, off of To Pimp a Butterfly is "Wesley's Theory."

13. He described his album as "Sophisticated gangster shit."

14. George Clinton was around a lot while making the album. Kendrick said he "Just needed him for the conversation."

16. Kendrick says he is the voice for black men who can't express it when they feel sadness. In certain communities, it is taboo for a man to do so.

17. He says that it is overwhelming being a celebrity, especially since he has always been a little reserved.

18. Kendrick said that he likes the idea of the Jay Z-affiliated streaming service Tidal because it will allow artists to take control of the music and not have to answer to "Masters."

19. "Your shows is what shows longevity. Period," Kendrick said on live performances in hip hop.

20. Kendrick said he wanted Prince on the album, but it didn't work out. The two had some studio time together, but they were pressed for time and it didn't quite come to fruition.

To Pimp A Butterfly is available for order on Amazon (CD, MP3), but you can also stream the full album here on Zumic, via Spotify. 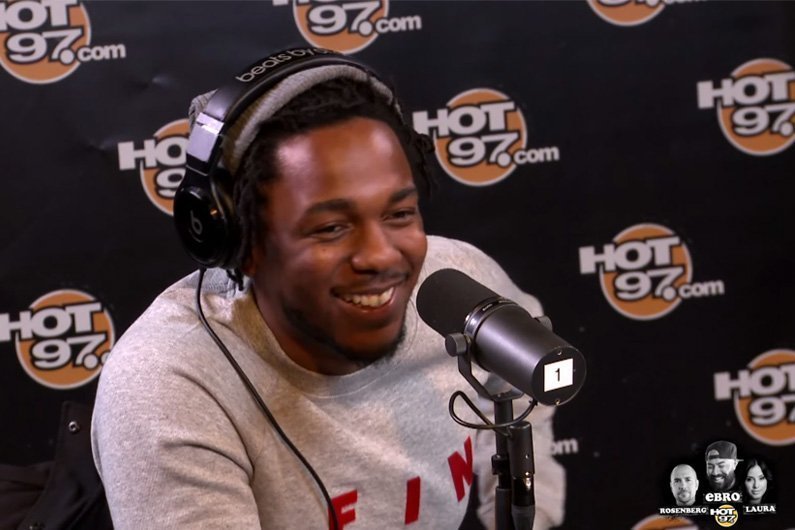