Last night, while Lauryn Hill was still in jail, a new song called "Consumerism (Part 1 Letters From Exile)" was posted to her Tumblr and SoundCloud pages along with the following message:

Consumerism is a track coming out on the eve of Ms. Hill’s release. She wanted to get this music out while she was incarcerated, as it is a product of the space she was in while she was going through some of the challenges she has been faced with recently.

"Consumerism is part of some material I was trying to finish before I had to come in. We did our best to eek out a mix via verbal and emailed direction, thanks to the crew of surrogate ears on the other side. Letters From Exile is material written from a certain space, in a certain place. I felt the need to discuss the underlying socio-political, cultural paradigm as I saw it. I haven’t been able to watch the news too much recently, so I’m not hip on everything going on. But inspiration of this sort is a kind of news in and of itself, and often times contains an urgency that precedes what happens. I couldn’t imagine it not being relevant. Messages like these I imagine find their audience, or their audience finds them, like water seeking it’s level."

Earlier today, Ms. Lauryn Hill was released from jail after serving 3 months for tax evasion. The Associated Press reports that she will continue to be on house arrest for another 3 months.

Before being incarcerated, Ms. Lauryn Hill released a song called "Neurotic Society" that was similar to "Consumerism" with its angry spoken word poetry over a fast, aggressive beat that brought into question some of the basic principles of the American lifestyle. It will be interesting to see where the former Fugee and solo star goes from here. 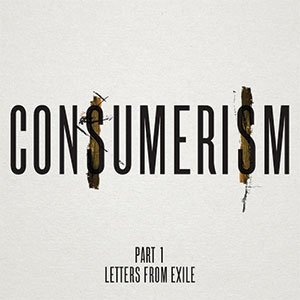 "Nice for What"
Drake (YouTube)
Music Big Freedia Drake Lauryn Hill Letitia Wright
3
1697
Back to top
You must be logged in to upvote.
Registration and login will only work if you allow cookies. Please check your settings and try again.