On December 26th, Diplo played at Vancouver, British Columbia's Contact Festival, after which he caught up with Nardwuar, YouTube's best music interviewer. A video of the hilarious interview has just been uploaded, and you can now watch it above.

As per usual, our plaid clad Canadian friend unearths some interesting tidbits about Diplo. For instance, he first met pop star Sky Ferreira through his mother, who befriended her (as well as mysterious art-popper Jai Paul) on Facebook. He fondly remembers her Myspace profile (djmom1, still in existence), on which he and M.I.A. were in the "Top 8" section.

On the subject of M.I.A., Diplo revealed some good news about her Clash-sampling 2007 single "Paper Planes" (which he produced). Apparently, the band's surviving members received 50% of the song's royalties, and in return, they sent Diplo a copy of their massive "Sound System" box set for Christmas this year. Joining that present in Diplo's collection were a number of gifts from Narduwar, including some Miami Bass compilations and a bobblehead of GG Allin (complete with a plastic pile of poop!), whom Diplo called "the most punk of punks."

The interview's best moment, though, came at its end. Diplo had clearly prepared for Nardwuar's signature "doot doodle doot doot" sign-off, as he orchestrated quite a prank on Nardo. When the journalist froze in position, a backup dancer twerked on his crotch before he was lifted into the air and carried out of the room by some ripped dude in a tank top, leaving Diplo, now wearing Nardwuar-esque glasses and hat, frozen in place with a microphone. Major props to Diplo for orchestrating a spectacle worth watching several times. 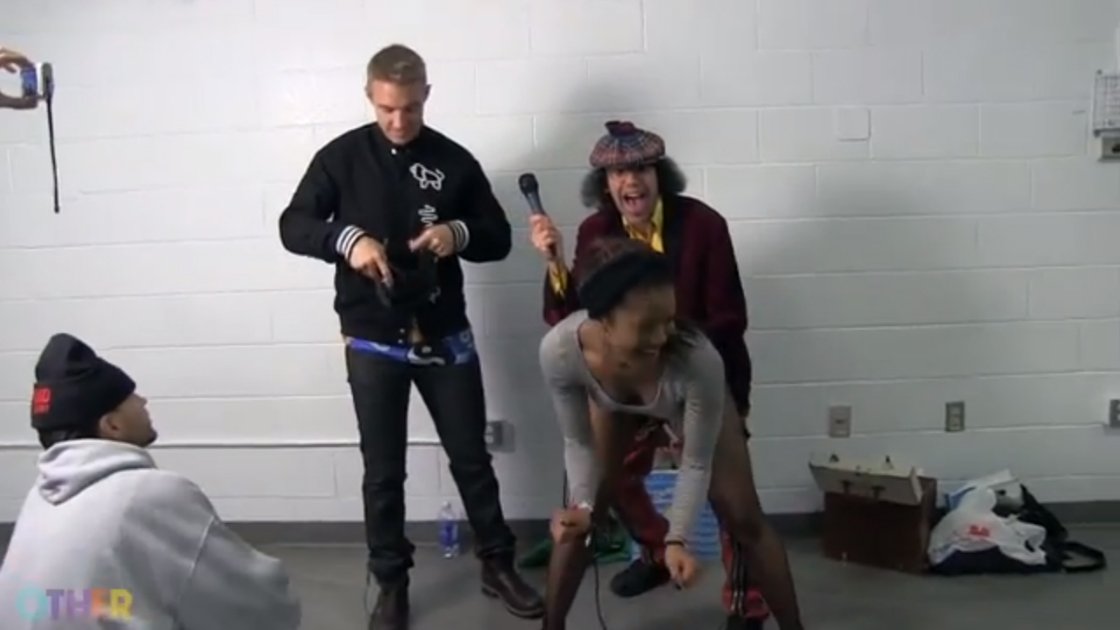 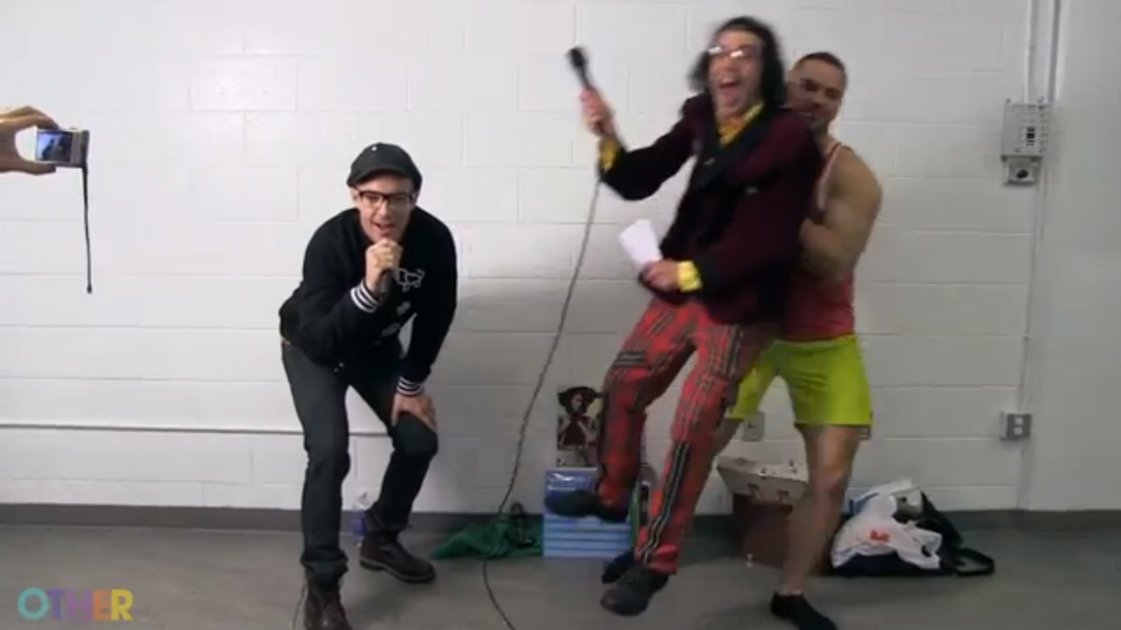