Nine Inch Nails just premiered a third new song from their upcoming album, Hesitation Marks, on BBC's Radio 1. "Everything" may be the most upbeat song the band has released yet, with its unexpectedly radio-friendly pop sound and positive lyrics. Trent Reznor sings that he's "survived everything," but is also aware that he's "become something else." The song ends with Reznor's contented realization that "I am home / I am free." Following the first two singles, "Came Back Haunted" and "Copy Of A," "Everything" offers something very different yet refreshing for the generally moodier band.

Hesitation Marks comes out on September 3rd. You can pre-order the standard or deluxe edition on iTunes, or pick up physical copy on Nine Inch Nails' official site. 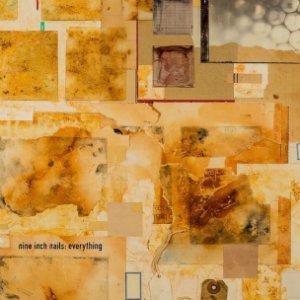