Grammy nominated Producer/DJ/Songwriter/Musical fiend Clinton Sparks has just released one of the singles off of his upcoming album Disco Ball & Chain. "Gold Rush" features Macklemore and 2 Chainz, two rappers who seem to be popping up everywhere lately.

The beat Clinton Sparks created for this track could not be any catchier, and the verses Macklemore and 2 Chainz offer up fit perfectly with the overall flow of the track. If this is any indication of what Disco Ball & Chain will be like, you can defintely count me in. No word on a release date yet for the album, but make sure to pick this track up on iTunes May 28 via Photo Finish/Island Def Jam. 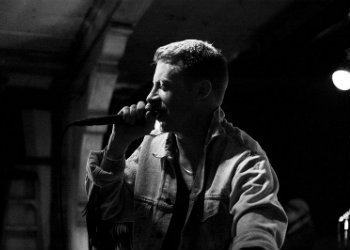 Macklemore Plans 2017-2018 'Gemini' Tour Dates: Ticket Presale & ...
Tickets Hip Hop Pop Hip Hop Macklemore Canada United States
1
1699
Back to top
You must be logged in to upvote things.
Registration and login will only work if you allow cookies. Please check your settings and try again.