Green Day's sophomore album, Kerplunk!, was be their last record to be released on indie label Lookout! Records, but also their first to feature drummer Tré Cool. Stylistically, it doesn't display much of a departure from the sound of 1,039/Smoothed Out Slappy Hours. The songs still focus on love and have a pop-punk sound. But the songs are tighter, the drumming better, and the progression from talented indie band to international superstars was becoming evident.

Some highlights from Kerplunk! include "One For The Razorbacks," "Who Wrote Holden Caulfield?" and the love song "80," written for frontman Billie Joe Armstrong's future wife. Also check out their early version of "Welcome To Paradise," which more famously appeared on their major label debut, Dookie. The album ends with four songs that the band had previously recorded under their first name of Sweet Children, including three original tracks and a cover of the Who's "My Generation." 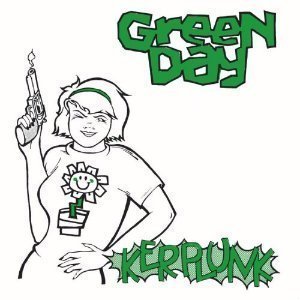 You can buy Kerplunk! on iTunes.

"Troubled Times" - Green Day [YouTube Lyric Video]
Music Pop Punk Pop Rock Green Day Berkeley, CA Lyrics Video
1
840
Back to top
You must be logged in to upvote things.
Registration and login will only work if you allow cookies. Please check your settings and try again.