Houndmouth's blend of folk rock and alternative country has come a long a way. In 2012, the group played a SXSW show where Rough Trade Records founder Geoff Travis was in attendance. He signed the band almost immediately after, and since then they've been festival favorites across the United States, from the historic Newport Folk Festival to the modern mecca of Bonnaroo.

How did they do it? Well, for starters, the quartet dons ear-to-ear smiles whether playing a Lollapalooza stage or a local record shop. However, perhaps even more important than their happy-go-lucky attitudes, are the awesome songs they write that carry our nation's prideful tradition of music colloquially known as Americana. They did it on 2012's Houndmouth EP, they did it on 2013's From the Hils Below the City, and now they're doing it better than ever on 2015's Little Neon Limelight.

Over 11 songs and 39 minutes, the group evokes nostalgia à la The Band or Bob Dylan while demonstrating resemblance to contemporaries Dr. Dog and My Morning Jacket. There are soulful gems ("Honey Slider," "Otis," "By God," "Darlin'"), pop rock anthems ("Black and Gold," "Sedona"), acoustic ballads ("For No One," "Gasoline") and even fast-rockin' barn-burners ("15 Years," "Say It"). Overall it composes a perfect snapshot of the ever-evolving niche of vintage, soulful, indie-folk-alt-country-whatever-rock that is nothing short of thriving in 2015.

Little Neon Limelight is available for preorder on Amazon (Vinyl, CD, MP3), and officially released on March 17, 2015. You can also stream the full album for free above, via Spotify. 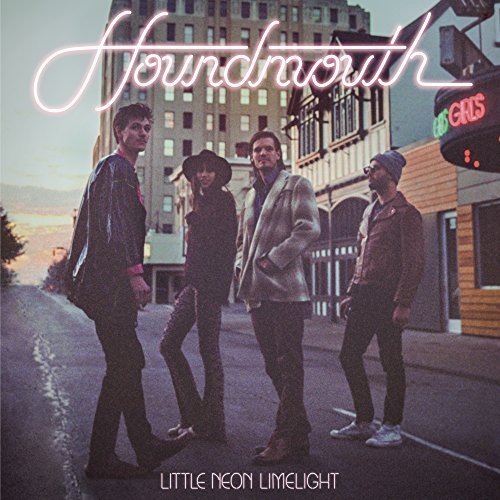 Houndmouth Extend "Little Neon Limelight" 2015 Tour: Dates + Tick...
Tickets Alt Country Americana Folk Rock Indie Folk Houndmouth
1
1065
Back to top
You must be logged in to upvote.
Registration and login will only work if you allow cookies. Please check your settings and try again.